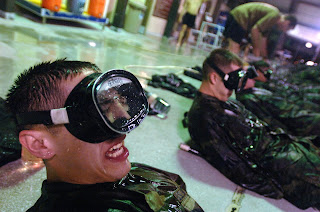 Human beings have an intimate relationship with H2O.


The human animal possesses the Mammalian Dive Reflex which can be triggered by merely plunging your face into a sink of chilly water. Once the face is submerged, signals travel along the trigeminal and vagus nerves to the central nervous system spawning a lowering of the metabolic rate. The pulse slows and blood rushes to where it may be needed most-the heart and brain.


The mammalian dive reflex is responsible for our ability to hold our breath and swim readily in our infant stage. 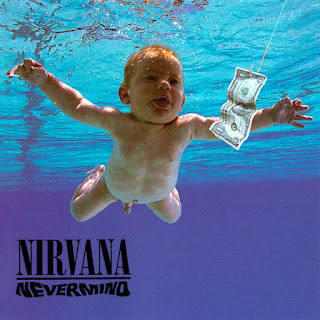 We flock to beaches, rivers, lakes, pools, recreational waters of all kinds to relax, refresh, and to, well, recreate.


Indigenous cultures the world over have had rituals, games, “training” regimens that centered around aquatic ability.


The ancient Hellenes, a fishing culture, record numerous impressive feats of necessity in and under the water.


There are more than a few Viking accounts that refer to water-training specific to battle, among them stealth swimmers, who remained submerged for lengths of time to bore holes in hulls.


[An upcoming post on “Viking Sprints” will test a bit of grit.]


Numerous river tribes, including those in the North and South Eastern United States and Pacific Northwest valued water prowess and encouraged lengthy and arduous swimming to make better hunters and warriors and better aid one’s survival if one must use a river or lake for escape.


The present day Ama of Japan and the Moken of the Mergui Archipelago are but two of the extant cultures that still place a high value on aquatic ability. They are noted for their agile free-diving and remarkable hunting dexterity underwater.


[See HackingVisual Acuity the Sea Gypsy Way in this blog for more on the Moken.]


The indigenous accounts go beyond mere “Let’s make sure the youngsters can swim.” We find accounts of demanding breath-holds, long-swims up and down stream while manipulating loads. Shooting rapids without canoe, kayak, or bullboat as rites of passage or simply to have a good time.


In cultures where water is scarce we still find reports of long runs and crawls through the rivers and streams that do exist—miles and miles of fast-paced struggles against knee-deep water.


Other cultures where water is even more scarce, such as with the Apache of the Southwest, still find creative ways to make water a part of arduous training.


[See “ApacheRunning” in this blog for one such training approach.]


The early emphasis on interacting with water was with an eye on survival first, just as with today, making sure that one could swim. But once that was accomplished it went further, the individual was inured to additional water-stressors of unusual kinds. What would be called in today’s SEAL Training parlance “drown-proofing.” 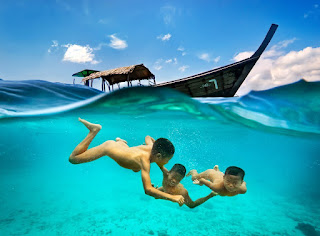 
A century ago finding someone who could not at least swim was practically unheard of. Today over half of Americans self-report being unable to swim at all. Of those who can, they self-report they can’t swim the full-length of a pool. The definition of swimming has downgraded to brief comfortability in the deep-end.


Today, outside of the Ama and Moken and such cultures, most of our survival swimmers are found in modern warrior correlates such as the aforementioned SEALs. Let’s allow a lengthy excerpt from Sebastian Junger’s The Perfect Storm to give us a taste of the difference between being able to splash around in the shallow end of the pool and being able to engage with the water with a vengeance.


“All of the armed forces have some version of the pararescue jumper, but the Air National Guard jumpers—and their Air Force equivalents [Parachute Jumpers, aka PJs]—are the only ones with an ongoing peacetime mission. …It takes eighteen months of full-time training to become a PJ… During the first three months of training, candidates are weeded out through sheer, raw abuse. The dropout rate is often over ninety percent. In one drill, the team swims their normal 4,000-yard workout, and then the instructor tosses his whistle into the pool. Ten guys fight for it, and whoever manages to blow it at the surface gets to leave the pool. His workout is over for the day. The instructor throws the whistle in again, and the nine remaining guys fight for it. This goes on until there’s only one man left, and he’s kicked out of PJ school. In a variation called “water harassment,” two swimmers share a snorkel while instructors basically try to drown them. If either man breaks the surface and takes a breath, he’s out of school. “There were times we cried,” admits one PJ. But “they’ve got to thin the ranks somehow.”


“After pretraining, as it’s called, the survivors enter a period known as “the pipeline”—scuba school, jump school, freefall school, dunker-training school, survival school. The PJs learn how to parachute, climb mountains, survive in deserts, resist enemy interrogation, evade pursuit, navigate underwater at night. The schools are ruthless in their quest to weed people out; in dunker training, for example, the candidates are strapped into a simulated helicopter and plunged underwater. If they manage to escape, they’re plunged in upside-down. If they still manage to escape, they’re plunged in upside-down and blindfolded. The guys who escape that get to be PJs; the rest are rescued by divers waiting by the sides of the pool.”


Many of the above-mentioned drills mirror ideas and approaches found in indigenous cultures with a modern spin. But what is key to observe is the idea that simply being able to swim isn’t enough. 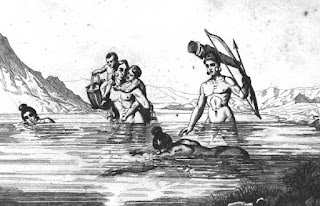 The ability to perform under extraordinary circumstances becomes the norm for PJs, and if we look to the Ama and the Moken and the numerous other accounts it is and was the norm for this species.


If we are reading these words and we take survival and self-protection seriously, hell, if we take being a human animal seriously, one that evolved around and still huddles around water, the ability to swim, at least for recreational pleasure, or to save yourself or a loved one is the better part of wisdom.


And, if one spouts words of being a high-speed/low-drag warrior a bit more might be asked of our water skills.


Much of the human legacy began around and in the water. Many of us have retreated from that legacy.


[In the Spring & Summer months we will present several Aquatic Drills that emulate Indigenous Aquatic Training. RAW Subscribers see the additional post in the private forum  "What It Feels Like to Drown" which drives home the need for water-survival skills.]
For information on joining the RAW Subscription service.