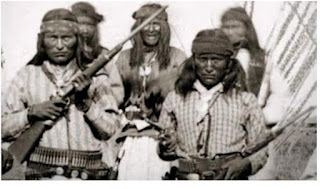 Of the many Native American tribes of the southwest United States and Mexico the various bands of Apache carry a reputation for fierceness, resourcefulness, and an almost superhuman stamina. The name “Apache” is perhaps a misnomer as it refers to several different tribes that are loosely and collectively referred to as Apache, which is actually a variant of a Zuni word Apachu that this pueblo tribe applied to the collective bands. Apachu in Zuni translates roughly to “enemy” which is a telling detail that shines a light on the warrior nature of these collective tribes.


Among the various Apache tribes you will find the Kiowa, Mescalero, Jicarilla, Chiricahua (or “Cherry-Cows” as early Texas settlers called them), and the Lipan. These bands sustained themselves by conducting raids on the various settled pueblo tribes, Mexican villages, and the encroaching American settlers. These American settlers were often immigrants of all nationalities with a strong contingent of German, Polish, and quite a smattering of French. Tales of Apache fierceness so captured the collective French mind that Parisian gangsters in France at the time received the nickname Apache.


Many of the legendary Native American warriors of these early days were members of the various Apache bands, names as renowned as Cochise, Nana, Victorio, Juh, Geronimo, and unusual for many Indian tribes was the fact that women were often warriors and there are many tales of their distaff exploits particularly those of the fierce Lozen, sister of Victorio. Now, admittedly this history of guerrilla warfare by the Apaches and the long fight by the US Government to stamp out these raids is indeed violent, almost shockingly so. But we must not forget a bit of context, even the men charged with capturing and defeating the Apache, esteemed warriors themselves, men such as Generals Nelson Miles and George Crook had more than a begrudging respect for the Apache tactics and were more sympathetic to the causes of the aggression than history usually reports. 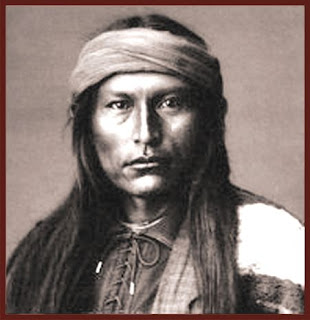 If we leave behind the causes (real or surmised) of the violence on both sides and move on to how the Apache forged their warriors, both male and female, from an early age we may find more than a few intriguing ideas to add to our own training. Today let’s focus on one facet of Apache ruggedness, their astounding stamina-in particular their ability to run loooooong distances in harsh terrain, blistering heat, no water stations, and without “scientifically engineered” footwear. [The Apache were noted for many unusual tactics to build endurance including an odd motivation involving cold water swims-but we’ll save that for another day.)


The Apaches, like other warrior cultures (the Spartans come to mind), started warrior training early. Even a cursory look at Apache “games” for the young reveals that most of these games seem to be no more than preparation for ruggedness, stalking, concealment practice, and ambush-oriented skills. Running was a huge part of this training and there are numerous “games” or motivational tactics used to keep this push for stamina fresh. 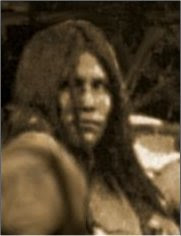 First, when we say long distance running keep in mind we are not talking 10ks and the occasional marathon. The Apache, like the present-day Tarahumara tribe profiled in Christopher McDougall’s book Born to Run were a running culture. The difference between the tribes is that the Apache were using running to build warriors who could do what a horse was not able to do in a punishing terrain and climate. There are several military reports from various forts and outposts in the territory at the time that record Apache scouts and/or “hostiles” travelling as much as 70 miles in a single day. Keep in mind these reports of distance are not outliers, but commonly reported occurrences.


Apache children, boys and girls, were conditioned to run hard and run long not so much by increasing distances but by increasing the hardship of a given distance. Hill scrambles for bragging rights were often used, and by “hill” we mean rocky, scree-ridden escarpments that call for lots of quadrupedal scrambles to make it to the top and then make it back down with all the speed one dares.


Today let’s focus on an unusual method of increasing hardship that has both a combat-utilitarian purpose, an anaerobic training aspect, and more than a little “F with your head” component. The Mouthful of Water Run. 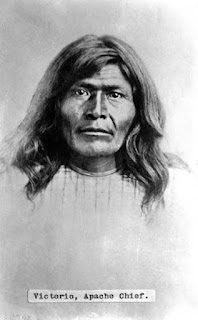 The Apache tribes primarily resided in harsh terrain where access to water was scarce. One might travel for miles and miles with no access to water. To discipline children for both running with intent and to have a water resource when it was really needed and not merely sipped for convenience or whim’s sake (take this to heart Camel-Bakers) the Apache women (who more often than not directed this skill) would give each child one sip of water which they were not to swallow. They were then sent on their run, long-distance or hill scramble, or stalking run, whatever the focus of the day was but the child was instructed Do Not Swallow the Water.


At the end of that day’s drill the child was to spit the water out in front of the “trainer” and woe to those who failed.


In my experiments with this tactic I find the following:


·         Mucous production goes into over-drive as a superheated pharynx seeks to clear mucous somewhere. That somewhere is the face.


·         The urge to swallow hits waaaaaaaaaaaaayyyyyyy earlier than I expected.


·         Pace becomes affected about 20% in as the ability to smoothly mouth-breathe oxygen is no longer an option. You’ve got to learn to moderate pace in relation to this reduced oxygen intake (nose-breathing only and a nose that is partially filled with mucous.)


·         In flat or mere distance running one can become acclimatized to this with work.


With that said, I offer the following drills that allow us to apply this fascinating conditioning tactic without ever really approaching the hardcore cultural immersion that gave birth to it.


In each of these versions of “Apache Running” it is understood that you will take one big mouthful of water and hold it until the given task is complete.


The Miler- I suggest using the standard mile run as the starter for your use of this technique to get your mind wrapped around how you will respond to the restricted nature of breathing. Hit your fastest mile and if at any point you feel the urge to swallow or spit drop the pace back until you can re-gain control.


The 5K-The same as above but with a 5K or straight 3 mile distance run. 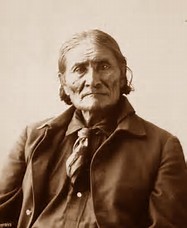 Intervals-Hit a series of 10 50 yard sprints with your rest being your walk back. Keep the water held in the mouth until after all 10 sprints are completed.


The Four-Wheeler-Optimally you will find a steep hill, one that requires a bit of climbing or at least hands-on-terrain portions. Scramble up and down that hill as quickly as possible.


The Circuit-Run a standard box-style circuit with the Apache Mouthful protocol. In this example try the following:


Once you have your first one or two experiences with Apache Running you’ll discover for yourself if you gain any aerobic/anaerobic benefits ala Training Mask use-the empirical efficacy results with that piece of equipment are all over the place, but with the mouthful of water at least there is no expense.


At the very least you’ll build discipline with the uncomfortable nature of the tactic while at the same time perhaps forging a cross-historical bond with a recreation of what was used by some the most resolute warriors on the planet .