Via Negativa #1 by Mark Hatmaker 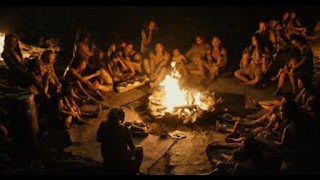 
How wise is it to quest for or resurrect lost abilities/skills while allowing present skills to atrophy?


Both roads, the Positive and Negative, have much to offer, but we are usually biased towards the “How to” road while failing to realize, often you can move faster down the positive road, and with fewer set-backs if we remove as many speed-bumps and hurdles as possible.


It is for this very reason the Viking wisdom from Njal’s Saga should be held at the fore:


“Let another's wounds be your warning.”


With that out of the way, if you have a mind to, stick with me for an anecdote [a true one, but a single example does not a fact make], more than a little science from a learned man, and a speculation on cognitive canaries in coalmines.


I have a friend. A good man. I will describe him as he was a single handful of years ago. Smart, funny, quick-witted, attentive conversationalist, and not without a good deal of personal charm.


Flash-forward to now. The same man has provided me with perhaps one to two brief interesting conservations in the past two years. There is a marked humor-deficit, his attention during conversation is 180 degrees opposite from half-a-decade ago, and there are more than a few unfortunate less-than-polite bordering on unkind stories that could be told. [And I won’t tell them.]


Now, what happened? Did he suffer some Phineas Gage “rail spike through the head” personality changing injury?


Did he discover the touted benefits of prescribed or un-prescribed pharmaceuticals?


No. Now, I’m merely making a guess here, I point to the smartphone in his hand. It never leaves the hand or fails to be unsheathed from its easy-access holster for more than 5-minutes at a time.


Let me jump ahead in thought with you.


Perhaps Mark is an old man grumbling, and perhaps the fault lies with me. It may be that I am no longer a good conversationalist myself and am putting the burden of my boringness on another.


Perhaps the person in question has developed a refined sense of humor that has left my discernment in the dust.


Let’s turn this discussion over to someone whose conversational prowess is not in question. Dr. Marcel Kinsbourne, pediatric neurologist, neuroscientist, professor of psychology, and co-author [with Paula J. Kaplan] of Children’s Learning and Attention Problems.


Dr. Kinsbourne, offers that our deepening absorption with non-face-to-face communication [yeah, that whole social media thing that you might be reading this on] is having unintended consequences. He worries for our children.


Let’s turn the floor over to him: 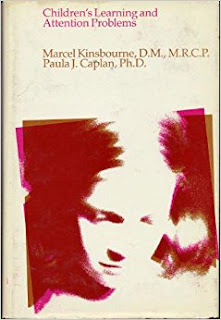 “The sharing of information is the least of what people do when they speak with each other. Far more, speech is a rehearsal of what the listener already knows or has no interest in knowing (technically, phatic speech). Yet people all over the world seek out phatic conversation for its own sake, and research has shown that after a chat, however vacuous, the participants not only feel better but also feel better about each other.”


Back to the Doc,


“Protracted face-to-face interaction is one of the few human behaviors not seen even in rudiment among other animal species. Its evolutionary advantage is as a mechanism for bonding—parent with child, partners with each other. The entrainment into amicable conversation implements the bonding: eye contact, attention to facial expression (smile? smile fading?), and an automatic entrainment of body-rhythms, a matching of speech-intonation, unconscious mimicry of each other’s postures and gestures, all well-documented, which is underwritten by an outpouring of oxytocin. Vigilant anticipation of the other’s body-language and continual adjustments of one’s own demeanor in response make for an outcome of a higher order, aptly called ‘intersubjectivity’ or ‘extended-mind.’ Minds previously preoccupied with their own concerns defer to the other’s topic of interest, so as to arrive at a more shared and unified perspective on the object of attention or the topic of debate. Indeed, the harmony goes beyond the concrete and the conceptual. It ranges into the emotions; insistent bleak ruminations diffuse and scatter as the mind mingles with the mind of an intimate or congenial companion.” 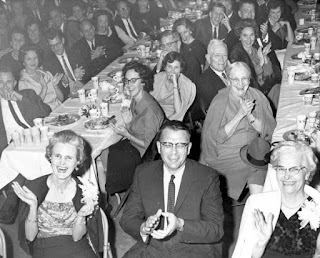 Are we getting that? Face-to-face conversation, even so called “small talk” may have large implications for the well-being of the self, the ability to understand and/or read others, and last, and certainly not least, the ability to empathize, sympathize, understand, and daresay, invoke compassion.


If you recognize yourself, or anyone around you as a bit distant because of persistent social media/phone-interaction, the above tells us that this may not be a mere “bad habit” or breach of etiquette. It tells us that we may be training ourselves to no longer connect intimately, to no longer discern the human around us with true accuracy, to no longer be truly interesting to others, and ultimately give up more than a bit of our own happiness along the way. 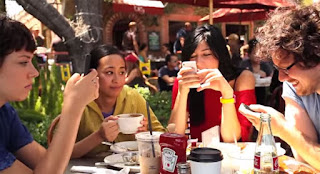 If we push this to a Warrior’s perspective, if we can’t read the people in front of us every day, just how well will we read deceptive intent in the Predators of the world?


Dr. Kinsbourne’s main concern is what this lack of phatic experience is doing and will do to children who are currently being raised in this “hands-off” “It’s OK, to tune-out and live eyes on-on-the-screen” generation.


If we see adults around us already succumbing to this deadening of human-interactive ability, might it be a bit worrisome if we begin this at an earlier phase before these bonding and human-reading abilities fully develop?


If we accept that GPS hinders day-to-day navigational ability as studies and the FAA declare, swiping to “look it up” altering the engraining and degradation of wisdom [borne out by much cognitive research] are we allowing a deeper more natively human ability to atrophy as well?


Let’s give the good doctor the final word.


“I fear that weakening, if not completely relinquishing, the compelling attraction inherent in entraining both physically and mentally with others will leave people alone even as their talley of ‘friends’ increases. I also fear that the flight from closeness to ‘individualism’ will foster ever more vehement and destructive untrammeled self-expression, as the hobgoblins emerge from the shadows into the spotlight of the Internet and into explosive mayhem in the real world.”


I lied, I’ll take the last word. There may be a lot of destructive predictive power in that last bit from the Good Doctor. But, even if we don’t slippery-slope the case for real human-interaction, we must at least ask ourselves, are we truly alive and interacting with humanity if we choose to “interact” via small rectangular objects versus the flesh and blood at arm’s length? 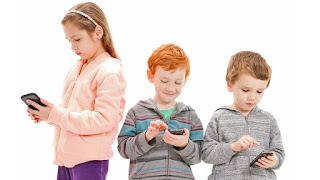 
Whether sitting around campfires, dinner tables, sitting on parked cars in the long extended “time to go home” conversations that stretch on for another half hour, humans are learning to be social via face-to-face interaction.


LOL will never match or beat a hearty real laugh with a friend, but many of us are all too eager to make that trade and seem willing to deny children the ability to even have that experience to decide for themselves if it is a trade worth making.


WTF
For Drills, Skills, & "Games" to increase awareness see this blog and the RAW Subscription Program.