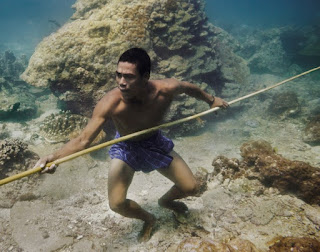 
How’s your eyesight underwater with no diving mask on?


How about if I told you there may be a way to gain a bit of improvement in both above-water and below water environments?


An improvement that calls for a remarkably short time investment on your part?


Stay with me as we learn a thing or two from the Moken.


The Moken [literally “sea people” or “sea nomads” or “sea gypsies”] are an Austronesian people that inhabit the 800 some odd islands of the Mergui Archipelago that are claimed by both Burma and Thailand.


The Moken garner almost their entire livelihood from the Andaman Sea. You may have read about them in the pages of National Geographic or seen them in videos making lengthy hunting dives free of breathing apparatus, diving fins, or diving masks. Images of them moving agilely about on the sea floor are beautiful and inspire wonder [and a bit of envy in this viewer.]


The human eye has evolved to be a rather delicate and precise viewer of the above-water world but for those of us who can even keep our eyes open beneath the water’s surface we find that we’re lucky if we can see a mere three feet in front of us.


So how is it that the Moken, spears in hand, are able to hunt beneath the surface and make precise spear-strikes with no diving masks? 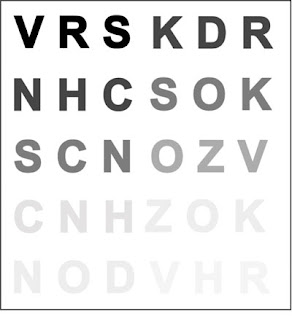 Experienced spearfishermen and scuba-divers know that even with diving masks there is a bit of double refraction going on as the atmosphere between the cornea and the retina creates one bend of light and the air between the glass of the diving-mask and the cornea creates a second bend spawning a distortion of distance and angle that must be corrected for. This correction can only be made with experience.


And yet, the Moken do all this just fine without a diving mask.


Is this a genetic adaptation to their environment specific to the Moken, or is there something else going on?


Anna Gislen, Eric Warrant, Marie Dacke, and Ronald Kroger, all of Lund University in Sweden devised an ingenious experiment to divine whether underwater visual acuity was indigenous to diving cultures such as the Moken, or is there some skill to be learned. A skill that could be trained and used by anyone.


They first tested just how keen the Moken’s eyesight is beneath the water using the Pelli-Robson chart which tests for visual contrast, our ability to distinguish shapes, a major need when hunting underwater.


They then gathered subjects not of the Moken [European and Thai] and submitted them to the same tests in a pool environment that mimicked the conditions of the Andaman Sea.


Acuity at 3-6 meters, no real difference between the test subjects and the Moken.


Once you get to 9-12 meters, the Moken still see just fine, whereas the test subjects are out of the game.


The test subjects are then ushered through 11 training days spread out over a 1-month period. In these sessions, they dive to the bottom of the pool, and press their faces to a viewer where they are presented with various forms of Pelli-Robson charts as well as having a water-proofed video camera record pupil dilation. 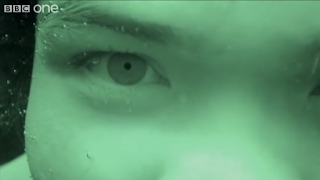 It was surmised by the researchers that they Moken are able to voluntarily constrict pupils enabling them to improve contrast resolution underwater.


Initially, the subjects were experiencing no pupil change, but by the end of the training pupil change was easily noted being engaged in by all.


How did they foster voluntary pupil-change? We’ll get to that.


First, how did they do by the end of their training session?


After the 11th session, there was pupil change in all and an improvement in underwater contrast performance of 27%, with the least performing subject coming in at a 17% improvement.


But get this, the subjects were retested after four months during which there was zero training sessions. At the re-test the pupil contraction was automatic, and the improvement comparison was 57%!


The subjects at this point were on par with the Moken test-figures and some surpassing them.


So clearly, we are looking at a learned adaptation.


Think carefully about this...


How many areas of physical training can you think of where you can train for 11 sessions, see improvement, take 4 months off and still improve?


Exactly how does this occur. The answer is fuzzy, but these are surmises.


The improvement during non-training is chalked up to consolidation or reminiscence, which is another way of saying that the 11-sessions acted as neural pathway training cementing a skill, as when we learn to ride a bike and can pick it up again after years of non-bike riding. 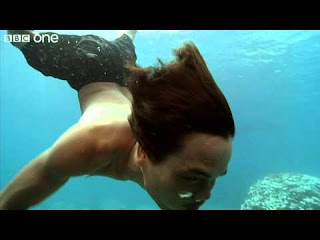 It is also surmised that a bit of blurred contrast training can be carried into the above-water environment. “Rosenberg et al. (2004) noticed an improvement in visual acuity in myopic subjects after only 3 h of exposure to blur.” This is above-water blur exposure, as in decreasing Kindle font size, moving the print of a physical book just to the point of blur aka “print-pushing,” etc. [More on this another day, with a few unique ideas on vision-training from other indigenous cultures.]


So, beyond the apparent “work with the task of contrast resolution underwater until it sticks” were there any specific hacks to pass along?


The subjects learned to cross their eyes when focusing on the contrast tasks, this led to pupil constriction. The constriction increased over time, i.e., exercise/practice, or skill-consolidation.


A subject who was unable to cross their eyes, compensated by looking upward and/or learned to cross one eye.


The eye-crossing seems to lead to pupil constriction and sets the stage for building a bit of increased visual acuity both in and out of the water.


There you have it: An inspiring people, the Moken, an ingenious experiment, and a hackable skill that pays dividends in very little time.
[For more sensory-hack drills see our No Second Chance Book of Drills included with the RAW Subscription Service.]