"Scouts," Frontier Awareness, & Hands-On In All Things by Mark Hatmaker 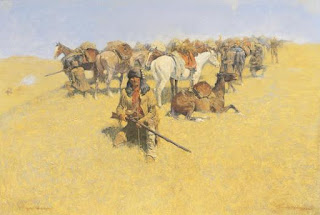 
These notes [200+ pages thus far] read as a sort of situational awareness bible/survival hacking handbook all 100% sourced from historical resources. We will be offering drills and exercises from these fascinating methods in an upcoming book and side-offering to the RAW Program as an adjunct to the pure combat-tactics side of things.


And I can assure you, just as with the combat side of things, all are tested first for veracity and applicability. I have been kayak-rolling in rivers and learning to sail not simply for fun [it is much of that] but also to get a better handle on “water-reading,” “Iroquois crawls,” norsaq rolls [a Greenland Inuit method to accelerate harpoon thrusts], and how can I offer tactics of scuffling on 19th-century whalers if I don’t know my “ropes” so to speak. [And yes, as a rookie sailor I know there ain’t no such thing as a rope on a boat.]


Today I’d like to offer a book review of a volume easily attained by all rather than send you scampering after resources I’ve found in moldy boxes or via kind loans from historical societies.


The book is an absurdly entertaining volume in the Time-Life: The Old West series authored by Keith Wheeler. It is a lavishly illustrated survey of some of the iconic frontier scouts from Kit Carson to Al Sieber with side-journeys to spend time with some lesser known but no less accomplished scouts such as Jack Crawford, the Poet-Scout and noted tee-totaler.


While the book lacks the in-depth/hands-on of many of the original sources, it does serve as a nice overview survey of what true observational prowess, real situational awareness looked like as opposed to today’s version of “readiness” with heads down, eyes on phone while sporting some shirt with a tactical emblem or rock hard and ready slogan.


The below extract conjures the sort of eyes-open/be-here now mindset that true awareness and observation embodies. 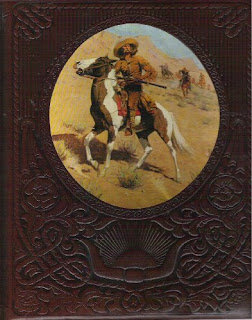 “Indians raised from childhood to this heighted awareness of the world around them, were a treasure trove of clues to the wilderness. A white man could learn from the Indian, in a crude example, that lodgepole furrows through the hoofprints of a band of ponies signified Indians on the move with their women and children, rather than a raiding party. But reading sign could be far more subtle. In one instance, an Indian examining a trail that appeared fresh realized that it had been made two days earlier, sometime before 8 a.m. The clue was grains of sand stuck to the grass where horse hoofs had flattened it to the ground. For the sand to have adhered, the grass must have been damp and the most recent dew had occurred two days earlier. The Indian concluded that the horse had passed that day, before the sun had burned off the moisture. In another case, what seemed to be a bear track to a white man was shown by his Indian guide to have been made by blades of grass, bent by the wind to sculpt the loose sand into a shape that resembled a bear-paw print. Such distinctions were critical to a man in the wild. Someone who confused grass marks with bear tracks and vice versa could end up as a meal for a bear—or without a bear for a meal.”


Warriors past or present are awake. Warriors are aware. Warriors see.


[Warriors are awake, the asleep are dead.]


For information on joining the Rough & Tumble RAW Crew and the Awareness Program.


For information on joining the Rough & Tumble RAW Crew and the Awareness Program.