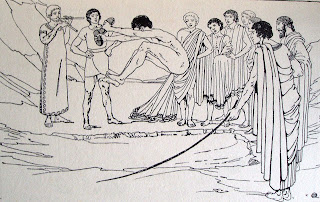 Today let’s take a journey from the ancient Olympics, stop by Denmark for some Viking practices, sojourn with the Inuit and Chippewa cultures, and steal an idea or two from the boxing heavyweight great Joe “The Brown Bomber” Louis.


By movement under load training I refer not to weight lifting but the conducting of your sport/training with additional weight or added resistance hampering your standard movement in the aid of increasing performance once the limiter is removed.


Let’s start with the ancient Hellenes.


In the original incarnations of the Olympic Games, the jumping events, standing broad jump, running jump, clearing obstacle et cetera were conducted with devices called halteres. Halteres were bits of stone or metal loosely shaped like a modern dumbbell.


The athlete would grasp the two ends of the haltere and use a swinging momentum of the arms to “assist” the jump without ever releasing the device. It was thought that halteres would increase strength and difficulty.


It does--In my own experiments with mock haltere [grasping a dumbbell] my swinging jump coordination leaves much to be desired, and the landing g-forces left me leery of attempting maximal efforts.


However, no less a personage than Aristotle in his On the Movement of Animals states: “A pentathlete using halteres jumps farther than one without them.” 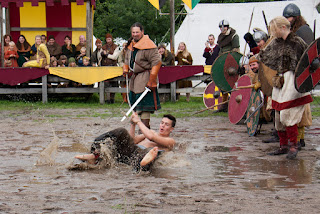 Gradually these devices faded from being used in the games but were still used in the training of the jumpist. [An archaic word I have grown fond of.]


Next cultural stop—the fjords of Scandinavia.


There are numerous refences in the sagas to Vikings training in knee and waist high water. They would run, jump, and engage in mock combat in this depth to both garner strength and to train in conditions they were likely to encounter in storming beaches.


There are numerous references in the anthropological record of Northern tribes, the Inuit and Aleut among them, competing in running and sprinting in various depths of snow. Here the snow acts in the same resisting manner as does the melted form in the Viking counterpart of the training.


American Indian tribes have a deep and resonant history of running. Running for war training, running for escape training, and running for ritualized purposes. Many tribes had their own form of adding resistance to the runs, ideas ranging from partner carries, stone hauls, creek running [the Viking idea rears its head again,] running in deep sand along dunes, hill and mountain running, but let us look to the Chippewa tribe for a specific device to add resistance. 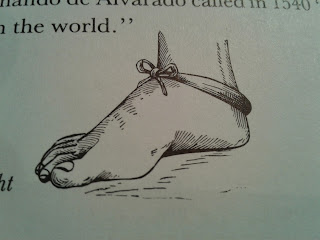 As part of a tradition linked to the deity Part-Sky Woman, runners would attach decorative weights filled with lead shot to the bare-feet. Many miles were run with these ankle-weights, but they were shed for tribal competition or warfare.


Movement underload training is still used, most extensively by the military in the form of rucking, which has gradually made its way to aspects of civilian athlete training.


In boxing and wrestling training there is a long-tradition of wearing ankle-weights ala the Chippewa to add resistance to distance runs.


But let’s look to the great Joe Louis for two ways, one standard, and one less so, that he used to assist his long tenure as heavyweight champion of the world.


The Brown Bomber did his Rock-Runs [we will play with Rock-Runs another day] in a pair of heavy boots. His trainers, Jack Blackburn and Mannie Seamon, made it a point to select heavy boots for roadwork. The heavier the better. 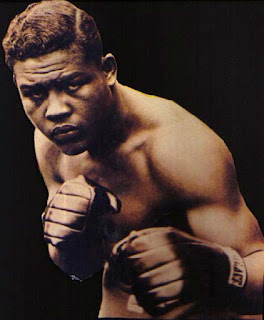 Another less expected practice to build sport specific resistance—a thicker than average padding beneath the canvas of Louis’ training ring.


Seamon regularly added ¾” of padding to the standard padding depth so that Louis was working against resistance in both movement and power throughout his training. Seamon felt that when it came to fight night it gave the champ added snap to his punches and made his movement lighter more akin to a middleweight.


I can testify to a bit of that. I use a double layer of reselite wrestling mats for training, and when stepping onto a single layer it feels absurdly fast.


There are many more examples from history, cultures, and individual athletes of movement under load training, but the offered instances should give us a healthy respect for the practice and perhaps cause us to consider adding a few of these ideas to give our own training, giving it a bit of historical heft.
[For more ideas on historical training see this blog and the RAW Subscription Service.]