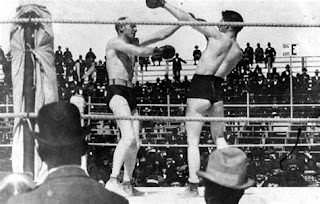 Today Las Vegas, Nevada is known as the fight capital of the world (both boxing and MMA) and the reason for that has a long history. Prizefights had been conducted throughout the US Western frontier from the 1840s onward with supervised bouts being held in saloons, railway stops, mining camps, in short, anywhere you could get two fighters together and draw a crowd. Despite the reputation of being the Wild West, the sport was considered neither respectable nor was it necessarily legal. One of the early adopters of making prizefighting legal was, you guessed it, the state of Nevada—they did so in 1897.


Like most good decisions a bit of greed was at the heart of it. Nevada had fallen on tough economic times after a long boom period. Carson City (one of the nation’s smallest capitals at the time) was only a few miles from the Comstock Lode-one of the biggest silver lodes in US history. Miners (and all those who profit from miners) flocked to Nevada to make their fortunes (or at least try). But at the time of our story-1897-the Comstock Lode has been used up, Nevada population declined from approximately 62,000 to 42,000 and the state was in dire need of money (familiar story, huh?) 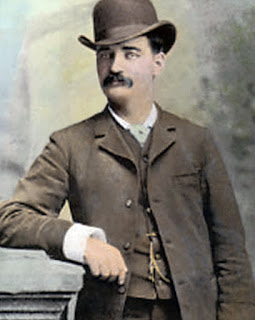 Then as now, Nevadans ball parked on tourist dollars as a revenue generator, why not sanction a legal prizefight and snag some of that money that so many had been reaping “illegally”? The chosen contenders for this first foray into legal prizefighting in Nevada, the heavyweight champion Gentleman Jim Corbett and Robert Prometheus “Bob” Fitzsimmons. Fitz had been pursuing the title (and Corbett) for some time. The fight was scheduled for March 17, 1897.


Just as intriguing as the two fistic legends in the ring were two other legends to populate the corner of each fighter. In Fitzsimmons’ corner, non-other than Bat Masterson. Bat Masterson had made his fame as a lawman who had his share of gun battles. He later parlayed his fame into writing a weekly sports column and promoting prizefights.


In the champion’s corner, another noted Old West personage, none other than Wyatt Earp. Earp of Gunfight at the OK Corral fame, was also a none too shabby amateur boxer who loved the game so much he had been refereeing on and off for over 30 years by the time of this historic bout. There’s a bit more than simply preferring the champion to Earp being in Corbett’s corner. He and Fitzsimmons’ did not care for one another at all, as with most things in the Old West there’s a story there. 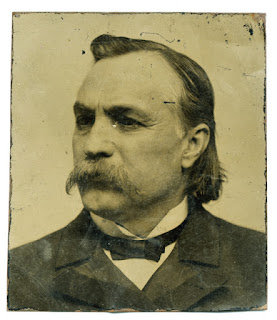 In the fall of 1895 Fitzsimmons faced uber-tough Jack Sharkey in San Francisco. Fitz knocked out Sharkey but the ref ruled the blow low and awarded the $10,000 dollar purse to Sharkey’s manager. Rumors flew fast and furious that the ref got a piece of that action.


The ref? Wyatt Earp himself.


The ref for this fight was to be George Siler known for his good refereeing and integrity, but the bad blood between two known shootists and the flood of talk hinting at gunplay in the ring should something go awry did play on Siler’s nerves. 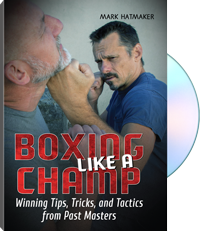 The fight commenced with Gentleman Jim doing his usual excellent job of establishing the jab and dancing away in early rounds. He found a home for his lead so often that the Boston Globe reported that Fitz’s face looked like “raw beef.” In the sixth Fitz was dropped, once he hit the canvas he wrapped his arms around the champ’s legs. Referee Siler started the count late, either because of the confusing tactic of Fitz hugging Corbett’s legs, or as some say, Siler being a bit worried about displeasing Masterson or Earp he didn’t want to provoke gunfire across the ring. Whichever way you take it Fitz enjoyed a “long count” situation. 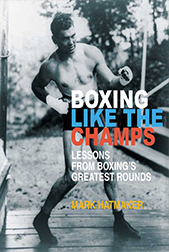 The rounds following this confusing sixth round moved closer to give-and-take territory that is until the 14th round. In the 14th Fitz landed his famous “solar plexus punch” and dropped Corbett. This time there was no confusion with the count. Once the champ had been counted out, Corbett regained his feet and rushed Fitz’s corner and tried to swing at the new champ. The Boston Globe reported “There were suspicious hip-pocket movements on every side of the ring. Several blackjacks were drawn. Then Corbett came to his senses and permitted himself to be led away to his dressing room.”


The long and short of it, Fitz was crowned the new champ, the shootists didn’t shoot, the Las Vegas’ tourist dollars gambit worked paving the way for future fights, and we can view all of this today as it was the first championship fight to be filmed for the emerging media of “moving pictures.”
For more old-school boxing history and tactical application see our book & DVD set Boxing Like the Champs.