Tubunitu is a Comanche word/phrase/command to be awake. In the cultural context it is less about the opposite state of being asleep than it is about full-engagement, full-awareness of your environment. It’s actually a little more complicated than that but we’ll come back to Tubunitu.


For those who wish to nail the pronunciation-the above spelling is phonetic as there is no written Comanche language, but to nail the “u’s” instead of pursing your lips outward, pull them back towards your teeth when you give voice to the “u” vowel and you’re good to go.


Legend and anecdotal evidence abounds in regard to the scouting, woodcraft, bush craft, outdoor awareness survival skills of hunter-gatherer cultures of the past and extant hunter-gatherers. Some of these stories border on the supernatural to our eyes and ears as many of these accounts seem to stretch credulity to the breaking point. And I have no doubt that in some cases exaggeration takes an upper hand but…we have more than enough first-hand accounts from presumably sober Western-Civilized sources, that is anthropologists and military reports that seem to show that some of this vaunted reputation is indeed deserved.


A single case in point.


In California in the year 1861, they were experiencing one of the worst droughts in their civilized-recorded history [sounds a bit familiar doesn’t it-perhaps weather is cyclical?] The long prayed for and needed rains began around New Year’s Day of 1862 and continued so unceasingly that newly elected governor Leland Stanford was only inaugurated by leaving the Governor’s mansion in the city of Sacramento and being transported to the top steps of the capitol travelling the entire way by rowboat.


The stories of the deluge’s destruction are numberless but what I want to call attention to is a newspaper account in the Nevada City Democrat. The story appeared on January 11th, 1862 and reports that the native tribes near Marysville, California prior to the rains were leaving the usual tribal grounds for the foothills of the Sierra Nevada Mountains. When one of the Indians was questioned about the move the following answer was recorded “the water would be higher than it has been for 30 years, and pointed high up on the trees and houses where it would come.”


Such an account would testify not to supernatural ability but to simply being keyed into one’s environment in both long-term [30-year cycles] information and short-term observation. This is remarkable in and of itself as I have rarely, if ever encountered an individual, let alone a culture, that was this attuned to what occurs around them.


If you doubt this, give this a try: I often use the following test-query to certain adults who seem to assume they have “It” all figured out.


To which I either get a point in the wrong direction or a significant pause before the right direction is indicated.


Why is this significant?


If we [I] need a moment to ponder a cardinal direction it is doubtful I’ve got the observational skills to predict tomorrow’s weather let alone recognize the re-emergence of a 30-year cycle.


Some scoff, saying we have apps and Weather.com for such things now.


Let’s come back to Tubunitu.


If you are reading this chances are you came to it because you have some interest in martial arts, combat training, street-awareness skills etc. and have learned that this old man will occasionally go off topic and you might be reading on in hopes that I find the martial thread.


The “awake” of Tubunitu has a dual meaning and they both relate to hunting or warfare. The good hunter the good warrior must be awake so that he may stalk his or her prey well. He must be attuned to any signs of prey, any alteration in tracks, any tell-tale habits that make target-acquisition the easier.


The warrior-hunter who is truly “awake” or embracing Tubunitu is also aware that the flip side of stalking is stealth. Yes, stealth in the “don’t alert your prey that you are on their track sense” but also in the recognizance that you [that’s right the personal YOU] are right in the middle of the food chain yourself. That is, larger animals can indeed have you on their menu and, more likely, other humans have chosen YOU as prey.


This middle-of-the-food chain stance shows the wisdom of the two-way thinking of Tubunitu.


To be Tubunitu at all times means to not merely think short-term and small goal as in “keep an eye on exits and use your turn-signals well.” It means having an awareness and alertness an awakeness that over time would lead to a bit of long-term observational prowess as in 30-year weather pattern observations.


Practicing Tubunitu at all times can awaken something akin to Benedict Cumberbatch “Sherlock” observational skills.


You begin to see “sign” everywhere. The shoes shuffled off at the door, does this person take them off by hand? Slip out of them? Use the toe of the left foot against the heel of the right shoe peel the first one off and then reverse the process? Often times the stack or arrangement of the shoes tells the tale.


We begin the practice of Tubunitu where we will live the majority of our lives, where we are right now. Does your loved one adjust the chair in a set manner before they sit? Do they favor a particular hand with an eating utensil but shift for this one precise food?


To live in Tubunitu one would already know the answer to these questions.


To live in Tubunitu two-way flow means that you can become more awake to the predators in your world by being more awake to the non-predators around you, your loved ones, friends, and acquaintances. You learn to immerse yourself in the practice of being “awake and aware” of those around you all the while building your tracking/seeing skills.


In the two-way flow of Tubunitu you would also observe yourself as your Predator sees you. What are your tells, your habits, your tics? They don’t have to simply be in the arena of how you approach your car in a parking lot but in the everyday world you operate in. By learning to observe yourself and everyone around you when it seems like it doesn’t matter, you learn to build skills that can aid and abet your life when it may matter.


So to live the two-way flow of a middle-of-the-food chain warrior-hunter one must make a commitment to being awake.


Do your current habits contribute to being awake?


Do you think earbuds and phones in hands makes good hunters or easy prey?


To be Tubunitu is to be present, wildly present.


To be Tubunitu is to be hyper-appreciative in the good times and hyper-vigilant in the bad.


To be Tubunitu is to be wise enough to spot the difference between the two.


So, by your own estimation are you Tubunitu? 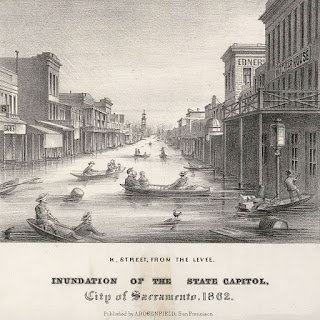