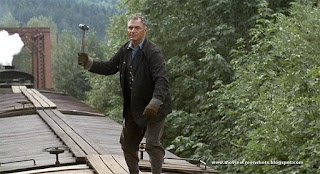 To our ears quaint, in a former time formidable, the expression “I’m gonna clean your clock!” was not a mere amusing gibe heard bandied about in a 1930s film but a bondafide threat with a meaning well understood by all.


Until the 1940s the pre-dominant mode of mass-transportation in the United States was via railway. Indeed, America had embraced the automobile, but railroad tracks spanned and spider-webbed the nation whereas roads, while plentiful, were not quite what we may expect.


In 1927 the first transcontinental highway in the world, Lincoln Highway, was only continuously paved from New York to Iowa. From there paving was intermittent, signage rare, roadside markers almost nonexistent. In the words of one contemporary user of the road, the highway was “largely hypothetical.”


So, while the automobile was on the rise the railroad dominated. Everyone knew railways, had some experience with them and to an unusual degree the railroad was held in a bit of romantic regard as it was the best way to travel.


Popular novels were written with railroaders as the heroes, Frank Spearman’s Whispering Smith, for example, and there were entire magazines devoted to stories of adventure and romance on the rail road with Railroad Stories being a prime example.


With the United States steeped in railway culture more than a few words specific to the industry and trade were in common usage in everyday life. 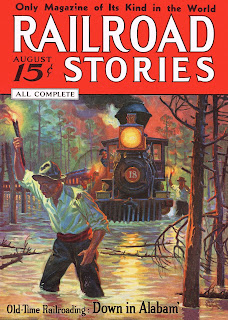 In the days of steam locomotives, the engines were powered by creating enormous pressure in the boilers to drive the rods. A skilled engineer and crew were required to keep the boiler running powerful enough to attack steep grades, make long journeys, and always with a watchful eye on keeping the boiler on this side of explosion [of which there were many.]


A keen eye on the boiler gauge, or the “clock” was a vital requirement. If an emergency stop was required, the train couldn’t stop with a full-head of steam. With nowhere to vent the energy the boiler would blow killing crew and destroying mighty expensive property. To make an emergency stop the entire head of pressure had to be vented from the boiler so that the gauge/clock read to zero. 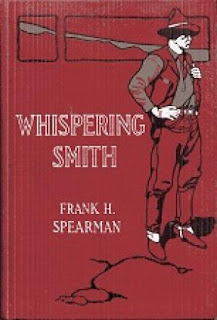 The emergency command to stop meant venting all steam-pressure first, before braking the engine. The command to vent the pressure was “Clean the clock!”


Once the clock showed zero the boiler was considered harmless. Naturally the expression trickled to the railyard itself where Bulls [foremen and rail detectives who kept order around the yard and aboard the trains] when they rendered an individual unconscious, they were said to have made him harmless, to have cleaned his clock.


How some of these Bulls cleaned clocks is another story altogether. And a mighty vicious one at that.


[RAW Subscribers we will be featuring Boss & ‘Bo Fightingtactics in future RAW titles. For information on the RAW Crew see here.]