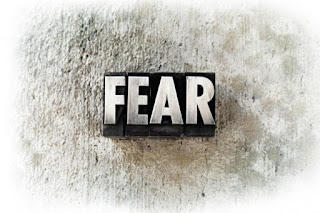 Are you, or are you not a coward?


That is a question that we would all love to answer with a hale and hearty “Of course, I’m no coward!”


But…the answer is often less confident than that, despite whatever boasts we may make to the contrary.


At our core, in the very construct of our physiology we are seeming binary creatures.


We are fight or flight, approach or avoid in our behaviors.


There is wisdom in this binary schema in times of stress. As options multiply, the ability to choose wisely and well begins to confound and overload the system, slowing down vital decisions at the worst possible moment.


Chances are our early ancestors had less confounding multipliers to add to the choice mix. At times of peril it might be best to return to binary simplicity as other species do.


When a loud unfamiliar noise occurs my dog either growls and investigates based on the timbre or caliber of the noise, or bolts immediately.


She [my dog Tu’Sarri] is not observed to slow her flight checking for her purse or smartphone, or giving a pre-flight hesitation looking to see what everyone else is doing.


She flees or growls first and then checks with the rest of the pack-family to assess how to moderate the given binary choice.


More on our binary nature.


We need to swallow this lesson now as most of us are steeped in civilized society (as we have every right to be) and have adopted some cozy notions of security. Ideas such as the police will handle my threats if I’m ever confronted. Allow me to disabuse you of this idea, the police, while as efficient as they can be in most cases, they are like FEMA in worst case scenarios--too little, too late.


911 is a magnificent preventative tool if one has any foreknowledge of threat but if the threat is a complete surprise then 911 is too late. Even if you do manage to dial 911 just moments before your attack, how long will it take for emergency support of any kind to arrive? Do you just plan to sit and wait the predator attack out and hope that someone else will arrive in time to take responsibility for saving your life?


Law enforcement and other emergency personnel (firefighters, EMTs, et cetera) are known as first responders and it is a deserved reputation but, in actuality, you are the first responder. You as the victim are the first to react to whatever threat you have been confronted with. It is up to you to be energized with your fight or flight physiological boost and make the choice between the two that will best ensure your survival.


We often are more comfortable farming that choice out as we are unsure of ourselves, the situation, or simply [and wisely] do not want to be hurt. 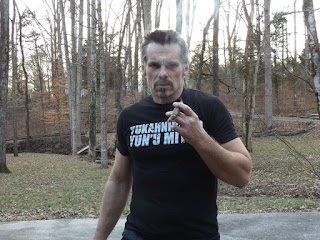 But there is a choice to ensure yourself of pain (both physical and psychological) and quite possibly the loss of your life or that of a loved one and that is to make no choice at all. Being immersed in the world of civilized society can, for some, lead to an opossum-like state of vacillation when confronted with non-civilized situations. This inertia is quite understandable as we conduct the vast majority of our lives in a realm where conflict is not violent, disputes are solved via reasoning or discussion [well, in former pre-internet times] and, those we deal with respond in a reciprocal manner. We have cultivated the habit of civilized conduct and when confronted with behavior so far outside of our understanding we sometimes see a victim stuck in neutral trying to evaluate the situation in terms of civilized experience.


This sort of vacillation is a problem as we, the civilized prey animal, have no correlating experience with which to evaluate and handle the situation. What is occurring here, in mechanistic terms, is a sort of cognitive short-circuiting of the parasympathetic nervous system. The fight or flight response is an older system in brain development, we easily recognize fight or flight parasympathetic reaction in “lower” species. Our neo-cortex, which is responsible for all of the advances we have made in culture, society, science et cetera, is a relatively new development. When we encounter threat and subvert the older system (the parasympathetic) with the newer system (neo-cortex) we essentially lock up both systems leaving them both to spin their wheels and gain zero ground in protecting us from the threat at hand. 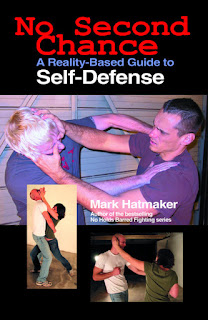 We need to inoculate ourselves against the possibility of this lock-up by making a conscious, cognitive choice now before any hint of threat appears on the horizon. We must resolve now that we will step out of the way and let the fight or flight response work its magic. We inoculate ourselves by understanding the processes at war within our craniums and make a decision to allow the civilized neo-cortex to fade away in time of primitive threat so that the primitive parasympathetic system can work at optimum capacity.


Deciding now to slough off the veneer of civilized conduct if/when things go primitive is of vital necessity in your quest for survival. You must reduce your cognitive options to two and only two--fight or flight. There is nothing else to choose except loss.


But…unfortunately that decision is sometimes not enough.


And…it still does not answer the question: “Are you a coward?”


In Part 3 of this series we will have a look at some surprising research that shows that we can train for bravery, for boldness, for courageous behavior.


This research shows that we can make tweaks in our training and everyday life that raise our “courage thresholds.”


If we couple our decision to become binary animals with this research and the accompanying practices, we may finally be able to answer that question with a more probable affirmative.


[For additional explorations of Indigenoustraining and the scientific applications, see this blog. For pragmatic drillsand tactical applications of these ideas see our RAW Subscription Service.]


Information on The No Second Chance Street Survival Program can be accessed here.


Information on The No Second Chance Street Survival Program can be accessed here.