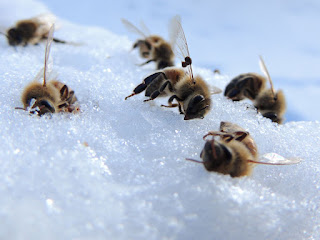 A brief series of notes and tips culled from the historical record, indigenous wisdom, and the accompanying science.


As you read, ask yourself two questions:


One-How much of this have I seen with my own eyes given that I have had ample opportunity over a lifetime?


Two-How much of this wisdom would have been noticed or remembered if the smartphone had been invented 300 years ago?


Eyes down on screens large or small is a rather limited view of the universe.


To paraphrase a Comanche Warrior teaching, “We must be awake to everything. The good, the bad, the small, the large, if we give only lip-service to spotting the “bad element” in the world we A) Cut ourselves off from the majority which is good and interesting and B) Likely not as aware as we would like to think.”


·        Insects are more sensitive to the sun’s rays than is the human animal [The Heliotropic Scale.] Bees become torpid as the temperature drops and go comatose in milder temps than man [around 48 F] but we are all subject to similar torpid behavior once it is cold.


·        We fret not skeeters and bee stings in cold weather for heliotropic sensitivity.


·        Many tribes, [the Makamba of Kenya and the Penetaka “Honey-Eaters” band of the Comanche among them] execute beehive raids only at night when the torpid insects are unable to fly and sting to protect. 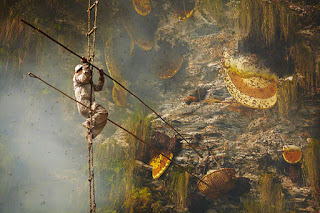 ·        Most insects require direct exposure to sun’s rays to heat the system to move let alone engage in the high-energy expenditure activity of flying.


·        Some flying insects [moths and bees] use muscular vibrations in the early morning to generate internal heat to be able to fly. Moths do so via visible vibrations of the wing musculature, where bees use a more internal vibration to warm up. You can watch for them sitting in the sun “vibrating” as they run through these rapid muscular contractions.


·        Butterflies are so sensitive to heat cues that they must ground themselves if the temp drops a few degrees and are likely to land when the sun goes behind a cloud. When you see grounded butterflies not feeding, look to the sky and you may already have a clue about current cloud cover.


nel. A meadow of grounded butterflies will align with the sun creating a rather vivid panoply and a living sundial timekeeper for the canny interpreter. 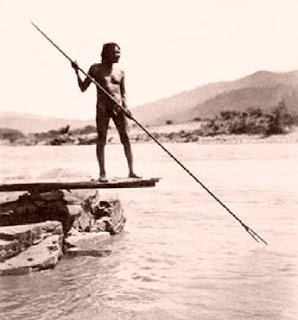 ·        Water bugs are more sensitive still to the sun’s effects, they requite rather direct exposure to heat to keep the flying musculature actively energized. You can make them plummet to the surface of the water by simply placing your hand between the sun’s rays and the water over which they are flying.


·        Surface feeding fish know this and often congregate just on the edge of a shaded bank where there is a stark contrast between shade and light. The wise fish wait for a cloud to cause the insect to plummet.


·        Indigenous fishermen have been known to bait fish with water bugs by using the shade method and use a spear or bow and arrow on the rising fish hungry for the plummeting insects.

For more such Indigenous Awareness hacks see this blog, our upcoming book on the subject, and consider joining our RAW Subscription service.]