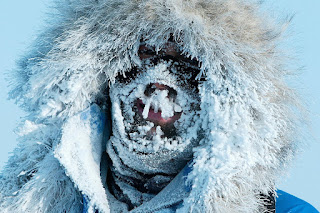 “[I suffered] a succession of shivering fits which I was quite unable to stop and which took possession of my body until I thought my back would break, such was the strain placed upon it.”


That is Apsley Cherry-Garrard writing in his fascinating book The Worst Journey in the World [1922] which is his first-hand account of Captain Robert Falcon Scott’s ill-fated Antarctica expedition.


The Terra Nova Expedition, so named because of the vessel they travelled in, was ostensibly an endeavor for science but, at its heart, it was for man vs. the elements glory in an age of Great Explorers. 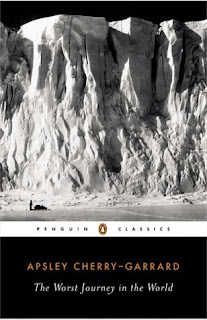 Cherry-Garrard’s account is compelling, tragic, and, in more than a few sections, of high pragmatic instructional value. We can learn far more from the wise moves and, in many cases, the mistakes of actual men and women living in the raw than from all the theories and suppositions on the planet put together.


Cherry-Garrard’s tale of enduring the hazards of cold weather is not particular to him. He was a hearty, robust man well up to many polar tasks. His was not a tale of a “weakling” or an isolated tale of suffering; most all polar explorers were subject to such back-arching shivering, the perils of frostbite, and the other punishing side-effects of being a human in extreme cold.


And yet…on the exact same Terra Nova Expedition we find Mr. H. G. “Birdie” Bowers. “Birdie” slept soundly in the same subpar tent right next to Cherry-Garrard all through the night. While Cherry-Garrard was suffering back-arching shivering “Birdie” slept in sub-zero temperatures without need of the eiderdown lining of his fur sleeping bag.


Aside from sound sleep, a seeming “all rightness” with the cold, “Birdie” also never suffered from frostbitten feet as so many others on the expedition did. Captain Scott himself says of him that he had “never seen anyone so unaffected by cold.”


So, what was it that set “Birdie” apart from his fellow polar explorers?


According to all on the expedition, each morning he would strip nude in the icy Antarctic air and douse himself with buckets of ice water and slush.


His companions were horrified by the practice and yet, “Birdie” seemed to thrive.


But, anecdote is not proof. Did the practice itself aid “Birdie’s” constitution or was there some other mechanism at work?


Let’s go to another polar account, this one from the wife of explorer, Robert Peary. Josephine Peary accompanied her husband on an arctic endeavor and her “from the outside” observations prove quite valuable. The following is from her memoir My Arctic Journal [1893.]


Setting the scene, Mrs. Peary tells of spending the night in an igloo with some of the native guides and their families. She describes vividly the cramped conditions, the snowy floor and icy walls; she is, confessedly, a bit discombobulated by the lack of decorum, robust close-quarters and, well, the key bit follows.


“Of course, the addition of our stove, together with the visitors, brought the temperature up rapidly, and to my dismay the Eskimo ladies belonging to the house took off all of their clothing except their necklaces of sinishaw, just as unconcernedly as though no one were present.”


The stripping nude “Birdie” style that so discomfited Mrs. Peary was a rather common practice. We must not forget that although the quarters had two stoves at work and the shelter was filled with bodies, the floors were still snow and the walls were still ice.


The practice of nude or near nude cold exposure to build tolerance is not particular to polar cultures [or a wise handful of polar explorers.] One can easily call to mind the Scandinavian and Russian practice of communal saunas followed by nude rolls in the snow.


Cold training was even valuable to cultures one might not expect. Take for example the testimony of a western Apache warrior named Palmer Valor who told of his mother’s insistence that he swim often in icy streams as a boy. She told him: “If Mexicans or other enemies should come here you will get scared and be no good if you don’t make yourself brave by swimming in the cold water.”-p. 42, The Way of the Warrior


There are many studies [the majority military studies as one might expect as soldier and sailor hardihood is vital] that demonstrate that regular cold exposure does indeed increase the cold tolerance and cold weather performance of subjects.


The mechanism is assumed to be capillary reaction and a bit of psychological hardihood. Just as lack of aerobic exercise allows the major circulatory system to atrophy, capillaries atrophy without the fluctuations in temperature this species evolved under.


This is Scott Carney from his book, What Doesn't Kill Us: How Freezing Water, Extreme Altitude, and Environmental Conditioning Will Renew Our Lost Evolutionary Strength


“Weak circulatory muscles are a side effect of living in a very narrow band of temperature variation. The vast majority of humanity today—the entire population that spends the bulk of its time indoors and/or whose only experience when it gets too cold or too hot is wearing state-of-the-art outdoor gear—never exercises this critical system of their body. Even people who appear physically fit, with lean muscles and chiseled abs, might be secretly hiding weak circulatory muscles. And the stakes are huge: In the long run, circulatory diseases contribute to almost 30 percent of the world’s mortality.”


Again, sounds plausible, is there additional back-up to this hypothesis?


A Disease of Civilization?


Be definition, a disease of civilization is any malady that does not appear to exist in extant indigenous populations still living in not quite First World conditions. The hypothesis holds that diseases of civilization are self-inflicted maladies, the by-product of persistent living inside the bubble of the marvels of our comfort-easing technologies.


Reynaud’s Syndrome is a condition where the fingers [and toes] turn white, then blue, then red in sometimes quite mild cold exposure. It is due to the capillaries shutting down so completely in the face of cold that almost no blood gets to the tissues. Once blood flow returns it can be quite painful.


[Disclosure: I “suffer” from Reynaud’s Syndrome, my fingers have shut down in temps of 50 degrees during autumn yardwork.]


The condition is little known in Northern countries [Canada, Scandinavia etc.] it was originally assumed that the colder counties took better precautions in dressing for weather. Put to the test, children were found playing outside sans gloves and not a sufferer amongst the population. In other words, a bit of “Birdie” style hardihood cures what ails.


Reynaud’s syndrome and other cold maladies [chilblains and the like] can be lessened, reversed, “cured” by cold exposure. [I have found this to be so in myself.]


It seems that human robustification to cold is far more plastic than we may at first realize. There are, of course, limits to enduring physical stressors but the evidence of history, myriad cultural practices, and military studies clearly shows that the bubble of comfort can be expanded greatly.


The research shows that it is the robustifying effect of the exposure itself that drives the tolerance-mechanism. There is no need for esoteric breathing or other consciousness altering practices; like improved VO2Max, it is a side-effect of putting in the work- no mysticism needed. Like “Birdie,” like the Eskimo women, like Palmer Valor, the key is simply voluntary regular exposure.