A Viking Case for Low-Line Kicking by Mark Hatmaker 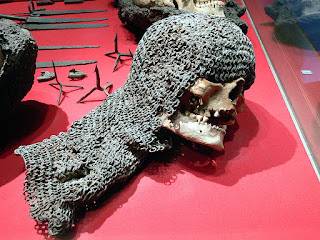 For today’s historical-combat exercise let’s follow a weave of martial endeavor that moves from the American Frontier Rough & Tumble strategy of “Attacking the Buckler” to a bit of Viking archeology, to some “chicken or the egg” bragging rights for which came first between a French martial art and one of the Emerald Isle, and end with what all this historical and archaeological speculation has to do with modern day approaches to self-protection.

Let’s start our journey in the wilds of the American Frontier. A rough and tumble land that sparked a fighting style of the same name. A fighting style that was all -encompassing and vicious in war, and a bit more restrained [but still mighty vicious] for “friendly” competition.


The early days of frontier survival called for ready skill with musket, tomahawk, and whatever else was close at hand. When nothing was close at hand, the violence fell to the hands themselves plus other natural weapons of the body.


The rough and tumble style was/is a hybrid of boxing and wrestling styles from many lands in the melting pot frontier, but it was also a bit more than that as necessity and exposure to different ways sparked innovation. One such spark was the concept of “Attacking the Buckler.”


A buckler is a small shield worn over the forearm of the off-weapon hand of a sword, pike, or ax wielding warrior. The lead hand took care of the offense while the buckler arm took care of defense [although offense with the bucker was not off the table.]


The buckler is held by sliding the forearm through a rope loop or leather thong in the center of the buckler and then gripping a second handhold towards the inside edge of the buckler. If one drops a buckler and adopts a mock “holding a buckler’ stance with both arms you will then be standing a very good approximation of a boxing stance. 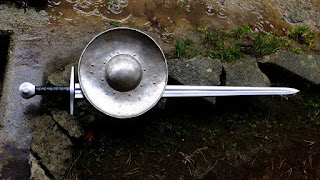 When wielding a weapon vs. a buckler-wielding opponent the buckler was not always ignored, striking the buckler with force could occupy the opponent and/or upset balance/base for the next offensive strike not to the buckler.


When things went empty handed, this same idea of “attacking the buckler” remained. That is, rather than treat the empty-hand encounter as modern sportive applications do where one must treat the defending arms [twin bucklers] as obstacles to be surmounted or worked around, the rough and tumble style saw them as viable and prime targets. [We cover specific tactics for attacking the buckler empty-handed in our RAW material.]


Let’s talk Vikings. The sagas of these legendary Norsemen are filled with battles and gore and if one is an ardent reader one will come across more than a few amputations in the midst of battle. A fair number of these amputations are of the legs or feet.


But the sagas are stories not history. Just how accurately do the stories relate to what was occurring in Viking battle?


In 1905 on the island of Gotland near a town called Visby, Oscar Wilhelm Wennersten and Nils Pettersson were the first to begin archaeological digs that revealed the aftermath of the Battle of Visby which was fought in 1361.


Approximately 2,000 bodies have been exhumed in the ongoing study of Visby and an examination of the wounds on all battle-age likely skeletons proves quite illuminating. 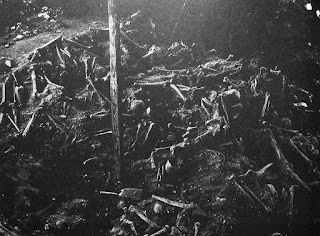 Wounds from cutting weapons [swords or battle-axes] occur in 456 skeletons. Of these cutting wounds only 15% of the total are wounds to the arms. One would presume that the use of shields and bucklers keeps this total low,


With that 15% in mind does that mean that the head wounds took the lead?


Not by a longshot.


Wounds to the lower extremities come in at 65% of the total.


Although the sagas are rife with stories and tactics of chopping shields and bucklers to bits as well as shield off-setting tactics, it seems the effective and perhaps preferred method of attack was to “Ignore the Buckler.”


“Ignoring the Buckler” can be taken to the unarmed realm [or as an adjunct to the armed realm] if we look at low-line kicking in combat, which is in essence an ignoring the buckler strategy, whether for better balance, the pragmatics of battlefield terrain, or the on-the-nose- strategy of choosing to avoid that which protects your opponent.


There are many references to low-line kicking in American frontier rough and tumble but let’s keep this on the other side of the pond for now as we follow that Viking migration.


As the Norsemen raided, and in many cases intermingled, built allies, inter-married and settled down along the coasts of Ireland and Scotland we also have an ignoring the buckler strategy seen among these various Celtic tribes in both weapons play and the use of low-line kicking.


The Gaelic word, Speachoireacht [pronounce “spacker-okt” and you’ll come close] refers to a method of low-line kicking that both targets the shin as in the purring kick of Welsh and Cornish tradition, the oblique kick of Filipino Pananjakman, or the coup de pied bas of savate, and also uses the shin as the striking surface. 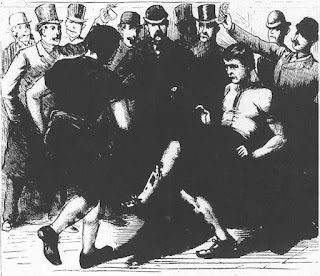 [Here’s the chicken or the egg portion of the show. The mention or allusions to speachoireacht stretch back to the Norse Invasions whereas savate literature begins its heyday in the 18th-century. Whom borrowed from whom matters to many. Not to my way of thinking. The wisdom of a wise borrow outweighs the dubious bragging rights of “I was here first!”]


It is revealing that while there was/is a form of speachoireacht that is practiced with two participants only kicking, it was primarily used in conjunction with boxing and wrestling and one can easily imagine in times of sword, ax and shielded battle it coming into play.


It seems our bellicose historical ancestors on both sides of the pond did not see bucklers or defending arms as puzzles to be cracked, obstacles to be avoided, or thwarts to our attack. They pragmatically and wisely chose to make a target of what was a defense or to go beneath the defense altogether.


So, whether our influence be rough and tumble, Viking ways, savate, speachoireacht, Muay Thai, what have you. The historical lesson is not the how or what technique, but the strategy of “Attacking and/or Avoiding the Buckler” that carries the combat moral of the day.
[For more on our Rough & Tumble Program see the RAW Crew.]