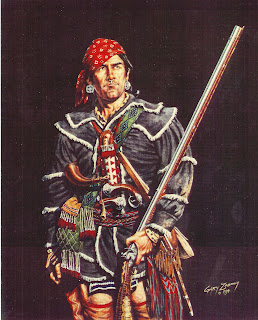 This is Lieutenant-General John “Gentleman Johnny” Burgoyne on the rabble that was encountered during the American Revolution.


“It is not to be expected that the rebel Americans will risk a general combat or a pitched battle, or even stand at all, except behind intrenchments as at Boston. Accustomed to felling of timber and to grubbing up trees, they are very ready at earthworks and palisading, and will cover and intrench themselves wherever they are for a short time left unmolested with surprising alacrity…Composed as the American army is, together with the strength of the country, full of woods, swamps, stone walls, and other inclosures and hiding places, it may be said of it that every private man will in action be his own general, who will turn every tree and bush into a kind of temporary fortress, and from whence, he has fired his shot with all deliberation, coolness, and uncertainty which hidden safety inspires, he will skip as it were to the next, and so on for a long time till dislodged either by cannon or by a resolute attack of light infantry.”


The General’s incisive observations paint a picture of a rough and ready cadre of independent self-reliant can-do warriors.


It is fashionable and flattering to proclaim proudly that “This is MY stock” as who would not be proud to be associated with such “woodland ghosts,” but…


A few questions to see how closely we resemble “our” stock. We will model our queries on a few that would have been pitched at our forebears, and these are considered slow pitches.


So, honor system, close the apps, skip Google and Wikipedia and all the other “open book test” noise, let’s see how we measure up.


·        We may plan a night-raid this evening, presuming clear weather, what phase is the moon in right now? Will it be too bright for said raid? [These men knew the phases at all times, the journal entries confirm that.] 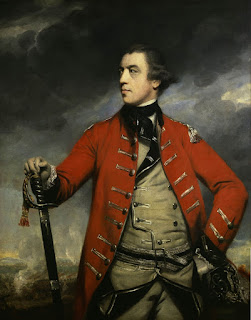 ·        For that matter what time will the moon rise and when will it be highest in the sky this evening? Such information will most definitely be of value for concealment. [They knew day to day when to expect moonlight and when the phases permitted little.]


Again, can you do such a thing without an app?


They were ready and able woodsmen. Do we have even the most basic skills or simply have woodsman tools and pretend the part?


·        A simple test, we must proceed through heavy brush your Bowie, or short sword, or tomahawk is required to cut a path. These rough ‘n ready forebears knew after observing one swing of that implement if you were to lead or to follow on that trail.


·        Would you know off one glance at a swing? [Hint—They would look at the wrist before the swing started and know if you were worthy of trail-blazing or not.]


·        The fight against the Mother Country will likely proceed for some time as we are a small force of rabble. We must plan for the future. Assuming we have the luxury of working from your own home in this question. Exactly where does the sun rise tomorrow morning? [The answer is not simply “in the east”] we are looking for precision, so we know where to place entrenchments, blinds, skulk holes, etc. 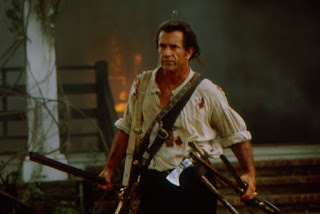 ·        If you answer, “It will rise just to the left of that eastern cedar tomorrow morning,” you passed the test. Anything less than that, and your forebears would set you to fetching water.

·        If you think to yourself, “You mean they’re different?” You may not even be allowed to fetch water. You will be thought a backwards rube who hasn’t got the sense to observe cycles that have occurred every single day of his entire life and perhaps a bit slow in the head.


Here’s to all of us passing these simple tests just fine. These woodsmen weren’t simply warriors, they KNEW the terrain. Part of who and what they were was the WHERE of life.


To grab a bit of that old schoolness we must not simply playact with the tools and cap guns, we must do the tasks they did, and see the land as they did.


To honoring these rough ‘n’ ready forebears with some walk in those moccasins!