Move Like a Scout or Indigenous Warrior by Mark Hatmaker 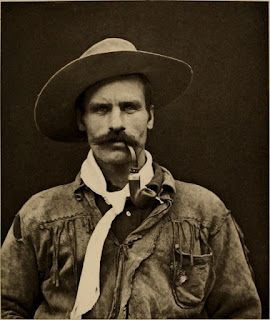 [The following is extracted from our upcoming volume Move Like a Warrior: Recapturing Indigenous Movement.]

Spend any time reading accounts of early contact between “civilized” folk and indigenous peoples, or those “civilized” ones who had “gone Injun’” such as early frontiersmen, scouts, the Coureur De Bois [“Runners of the Woods” or “woods runners”] of the North Woods and you find some commonalities.

There is in many an admiration for the strength and grace of body and freedom of spirit. There are also more than a few disdainful accounts that still offer begrudging regard for “stout and sturdy frames” that “can run like a deer” or “disappear into [the desert/mountain/forest] like the very wind itself.”

Undoubtedly, much of these remarked upon characteristics were part and parcel of time, time spent in these very environments and gradually learning that to be a good hunter, one needed stealth and stamina to eat. One needed a general natural cultivated facile hardihood to live.

The remarked upon “spiritual” or character aspects may have had less to do with any inherent belief system[s] that inculcated this or that ethereal mindset in some New Agey sense, than the mere act of graceful and facile movement being the driver of the noticed aspects of character. 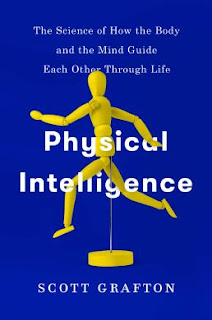 Neuroscientist Scott Grafton in his fascinating book Physical Intelligence: The Science of How the Body and the Mind Guide Each Other Through Life makes compelling arguments that our thoughts, ideologies, pronouncements may have less impact on ourselves than we would like. Rather we should look to our day-to-day movement for a true barometer of what we have been and will become.

In precis, this is a biological scientific argument for deeds not words, and to extend that, our deeds become our destiny, and in some instances our health or dearth thereof.

I highly recommend the interested to delve into this volume, much food for thought.

Back to our graceful, facile, stealthy woodsmen, scouts, and braves.

It has not only been early observers of indigenous or “gone native” folk that make such comparisons where we “moderns” come out on the short end of the stick. But more contemporary commentators have also pointed out these distinctions.

Georges Hébert the founder of a school of thought/movement called "la méthode naturelle" ("Natural Method") or hebertism applied a bit of scientific formalism to foster in French Army recruits what he observed in indigenous peoples in Africa.


He remarked, “Their bodies were splendid, flexible, nimble, skillful, enduring, resistant and yet they had no other tutor in gymnastics but their lives in nature.”

I have sympathies with Mr. Hebert’s outlook, but it is ironic that he remarks that these bodies were created without tutors and he then in turn creates a pedagogy to tutor such observationally un-tutored attributes.

Hebert’s work continued and we see it in some current incarnations such as the urban version of la méthode naturelle known as parkour, parkour’s more flamboyant cousin free-running, and in Erwan Le Corre’s resurrection of the Herbert school of thought under the name MovNat.

These are all worthy and fun fields of study, but it is still not where we’re heading.

There was something a bit unusual going on in the un-tutored of the frontier Americas.

A mix of allowing the environment to act as teacher leavened with a hearty dose of “here’s how it’s done.”

Scoutcraft, woodlore, trail smarts that was passed along regarding certain specific hows and whys.

[In a prior offering “Walk Like a Warrior” we discuss just how nit-picky/devil-in-the-details some of this instruction could be.] 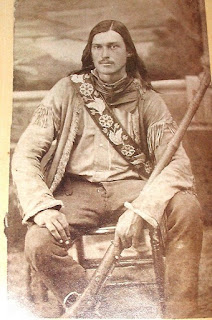 The Frontier school of indigenous movement when observed in the large is a seeming hodge-podge of tips found here and there in dribs and drabs in obscure frontier journals or off-handed remarks in letters.

But once one starts putting it together, we see a rather clear picture of a school of thought, a school of movement that held many commonalties across the differing environments of the continent.

One-Efficiency. Travel was laborious, long-distances were often a given, whether it be for a hunt or the nomadic lifestyle of travelling to ever varying encampments. Maximizing efficiency to conserve energy was key. [See the aforementioned “Walk Like a Warrior” for emphasis.]

Two-Stealth. Whether hunting or skirmish warfare, if you ain’t quiet you don’t eat [in the case of warfare, perhaps ever again.]

Three-Hands-Free. A remarkable amount of the movement is predicated on leaving the hands free [even when on the ground] for weapons access or “brush-clearing,” or in some tribal schools of thought, items in the hand “steal the mind.”

That is, you think about what you grasp even if you are not thinking about it. To refine that thought, some aspect of your attention must be spent on a grasped item. [Ponder that next time you realize your phone is being carried in your hand even when not in current use.]

As a loose rule for some tribes, if it was not a weapon or tool for imminent use, or the hand of a loved one, your hand was to be free so the mind could be free.

Four-Fluidity. This one is a little esoteric, but stay with me and I believe it will be clear in a moment. 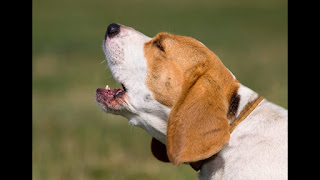 We have all likely noticed that some people inspire more negative reactions in dogs than others. Some dogs need a warming-up period so that the dog can learn the newcomer’s place in the hierarchy. Dogs can be slower to respond to those with herky-jerky, unflowing, or quick body movements. Such movement, whether it be borne of aggression, nervousness, or simply the ingrained movement pattern of the human are read as aggressive or suspect by the dog.

[BTW-Horses and other species behave in a like manner.]

If the dog begins barking [the nervous signal] and the human jerks back or retreats this triggers the dog’s pursuit mode. The jerking back or retreat seems to “confirm” that this was an interloper because a possible friend would not move to stand-down so easily.

Conversely, nervous dogs respond very well to humans with easy fluid movement. Those who do not stand-down to the nervous bark but rather remain smooth and seek to engage with nothing abrupt in their movement do remarkably well with nervous animals.

Let us now recall the journals that referred to “smooth,” “flowing,” and “graceful” regarding the movement of indigenous peoples and those who have “gone Injun’.”

Some have postulated that this was due to an active lifestyle that over time ingrained fluidity into the human.

Maybe, but if this is true, I think we can all point to many an active athlete with a clomping step, or ungainly actions outside their field of play.

Others say that our ungainly footwear and unnatural environment fosters ungainly unnatural movement. Could be.

Both of these might be the case, or at least part of the answer.

But, consider this, from the above example with dog interaction, these early peoples were animal-embedded. That is, hunting was a fact of life and/or some of these cultures enjoyed a close affinity with a particular species the Comanche with horses, the Bedouins with camel, the Basque with sheep, et cetera.

Indigenous hunters know that whether utilizing “still-hunting” tactics or stalking tactics, fluid and smooth is the watchword from day one.

Herky-jerky, discombobulated, “This is my aggressive walking to the subway stride” is not conducive to the horse herd, the antelope approach, or circling the watching wolf pack.

Smooth, fluid, some would call it calm and natural movement, seems to be the watchword for a successful hunter [hunters that have to come close to prey, not those with scopes or killing from a distance].

Smooth, fluid and intentional is also key when moving among a wild horse herd 400 strong.

And, we don’t need science to tell us this as we all feel it in our bones, but…all the same, studies show that we perceive those with smooth, fluid movement in stride, gesture, overall body-language as more powerful, confident and in control.

There is much more to say on the topic, and even more meat-on-the-bone when we get into the “here’s how to move” portion of the game. 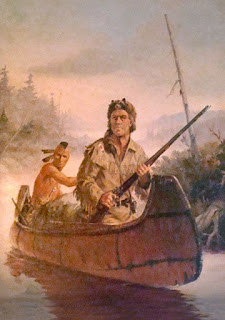 For now, let us chew on the above information. Compare it to your own experience, your own movement, your own observation of the movement of others.

In Part 2 we will discuss the lovely concept of “Earth Swimming,” the “Three Artifacts” that molded frontier movement/thought and supply a single exercise/drill to start testing the waters with this vast vocabulary of movement.

November 17, 2017
Of the many Native American tribes of the southwest United States and Mexico the various bands of Apache carry a reputation for fierceness, resourcefulness, and an almost superhuman stamina. The name “Apache” is perhaps a misnomer as it refers to several different tribes that are loosely and collectively referred to as Apache, which is actually a variant of a Zuni word Apachu that this pueblo tribe applied to the collective bands. Apachu in Zuni translates roughly to “enemy” which is a telling detail that shines a light on the warrior nature of these collective tribes.             Among the various Apache tribes you will find the Kiowa, Mescalero, Jicarilla, Chiricahua (or “Cherry-Cows” as early Texas settlers called them), and the Lipan. These bands sustained themselves by conducting raids on the various settled pueblo tribes, Mexican villages, and the encroaching American settlers. These American settlers were often immigrants of all nationalities with a strong contingent of
Post a Comment
Read more

The Empirical Fighter: Rules for the Serious Combatant by Mark Hatmaker

December 16, 2020
Part 1: Gear Idealized or World Ready? 1/A: Specificity of Fitness/Preparation If you’ve been in the training game for any length of time likely you have witnessed or been the subject of the following realization. You’ve trained HARD for the past 90 days, say, put in sprint work and have worked up to your fastest 5K. Your handy-dandy App says your VO2 Max is looking shipshape. You go to the lake, beach, local swimmin’ hole with your buddies and one says “ Race you to the other side!” You, with your newfound fleet-of-foot promotion to Captain Cardio, say, “ Hell, yeah!” You hit the river and cut that water like Buster Crabbe in “ Tarzan the Fearless ” with your overhand stroke….for the first 50 yards, then this thought hits as the lungs begin to gasp for air, “ Am a I gonna die in the middle of this river?” This experiment can be repeated across many domains of physical endeavor. ·         The man with the newfound Personal Record in the Bench Press getting smoked in
Post a Comment
Read more

August 01, 2020
Just what is The Black Box Project? I’ll turn 55 just over 30 days from now and I have put out a boatload of material over the years—I’m mighty proud of the work but I’d be a liar if I didn’t ‘fess up to three things. THING ONE -Some of what a young man does in practice, tactics and strategy is just that, what a young man does. One with vim, vigor, speed, around 300 less injuries, and far less experience. If we are playing the Game of Life right, the older we get, the wiser we get, and in this particular case the meaner we get. THING TWO -I am a far better archeologist now than I was decades prior. Oh, I’ve always been not too shabby in the research, test, trial and error department, but, again, that age thing leads me to believe that I’ve only gotten better at my obscure digging for old school combative gold. Hell, I never would have thought that I’d learn the Comanche language simply to dig even deeper under layers of wicked dust. THING THREE -We have always present
Post a Comment
Read more