Real-World Survival is No Game by Mark Hatmaker 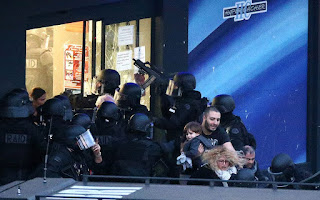 “It is the mark of an educated man to look for precision in each class of things just so far as the nature of the subject admits; it is evidently equally foolish to accept probable reasoning from a mathematician and to demand from a rhetorician scientific proofs.”-Aristotle


It is remarkable how often street self-defense solutions are offered in easy streamlined packages along the lines of “If A does this, you do this…”, or “If a guy is holding a knife like this, you should…”


The flip-side is how often I (and every person who offers him or herself as someone with some self-protection advice) are encountered with questions along the lines of “What would you do if a guy [insert random concrete example here]?”


These sorts of questions and ABC tactical offerings are closer to acceptable in the combat sport arena as these are games with designated boundaries and limits that come in the form of rules of play, designated playing fields (cage/ring/mat etc.), time limits, start times, prescribed equipment, and on and on.


The street situation allows for no such precisely defined outlines but there seems to be a tendency to still treat it that way and I suspect that that is simply because you can see tools transfer across domains and thusly make the assumption that somehow the two worlds are the same. By this I mean, you may see a punch thrown in MMA, and you may see a punch thrown in the street-very similar right?


People who see the two domains as being too greatly similar are falling for the ludic fallacy, or game fallacy. The ludic fallacy is the temptation to see the world or some aspect of it as one might encounter in the game world. In public policy and “social science” there is a reliance on statistical reasoning to make complex decisions as if the great big world “out there” behaved in a similar manner as the casino world where odds can be calculated even if the outcomes are never certain.


Public policy is a very dangerous place to subject to ludic thinking, casino games, like combat sports, have limiting parameters whereas the real-world is such a welter of inter-weaving interdependencies that applying any number suggesting a probability is nigh close to clinical idiocy. Even those “experts” in charge of us all know nothing (and I mean absolutely nothing) about what’s over the next horizon because it can’t be known. 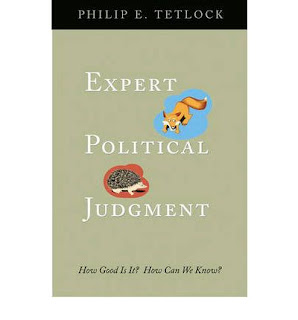 But politicians, “experts” in this and that field still make predictions and back them up with fake numbers and we the spectator/subject still pay attention to them and the fake numbers and act as if we have received some actual information-most likely we haven’t.


[For a few in-depth studies of just how wrong me, you, and all experts are see Phillip Tetlock’s Expert Political Judgment: How Good Is It? How Can We Know or any of Nicholas Taleb’s work on randomness. It’s really remarkable how often we look to people who have no idea about what they are talking about.]


Back to punching people.


The ludic fallacy reminds us not to apply game thinking to real-world thinking. Not to apply casino probabilities or “tales of the tape” to the street. Because, let’s face it, it’s hard enough to know the outcome of a fight even in the game world-Rousey vs. Holm anyone?


If stats and data always told the entire tale, then we would think that, particularly in the game world where we do have confining parameters, we would know outcomes before they commenced. We could skip watching UFCs and simply crunch the numbers ala some Fantasy MMA League and know who won what without ever pitting them against one another, but…that ain’t how it works even in the game world.


As another great philosopher said: “Everyone has a plan until they get punched in the face.”-Mike Tyson.


So, if we accept the fact that we can make educated guesses (and a guess is all it is) about a sport fight, and even here we can often get it wrong (I’m talking to you world, again, Rousey vs. Holm) why do we think we know so much about how we will respond in the street, the trunk of a car, the crush of festival seating in a fired-upon concert hall? 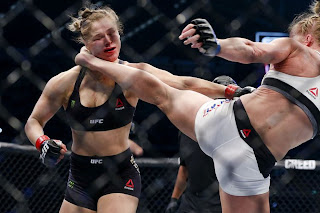 Cocksure answers in the real-world, the life-or-death consequences world is either the ludic fallacy writ large, or some form of criminal negligence. If we admit we simply cannot know, and then proceed to deliver some pronouncement from on high as if we do know with some level of confidence to someone asking an honest question about what to do when it really, really matters-then we have just defined our character in an unflattering way.


Life is not a casino, life is not a cage. Real-life is not a game, and the real predators are un-caged. Our thinking must be similarly un-caged to stand a chance.
For more info on our No Second Chance Street Drills & Homework Assignments.