Chances Are You Choose Situational Blindness by Mark Hatmaker 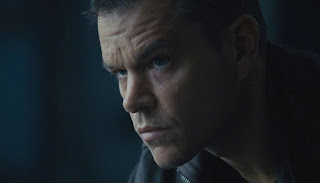 “The only fights you truly win are the ones you don’t have.”-Lee Child


Keeping the above quote in mind, along with the fact that crime is a product of opportunity, we go a long way towards being “masters of self-defense” if we simply remove as many opportunities as possible from our behavior.


With that said, let me point to a bit of advice from former CIA operative Jason Hanson, who says that the number one tip he can offer to making anyone and everyone a bit more like Jason Bourne in the modern world, is simply this “always be aware of your surroundings.”


Easier said than done, right? Well, he goes a bit further by offering what he considers the number one concrete tactic to becoming aware of your surroundings-don’t use a smartphone. That’s it.


He says spy craft prohibits the use of smartphones not simply because of the tracking potential but because it encourages absorption, a retreat from where you are to someplace else that is not here.


He points to the numerous instances of car crashes related to smartphone use, but says that observation does not go far enough. He has catalogued an impressive battery of incidences where victims were chosen simply because they were the unaware animals at the watering hole with their heads down blind to their surroundings.


Lest anyone think that the use of the word blind goes too far, he backs up this contention with copious examples of security camera footage of people simply blindsided in all sorts of public surroundings simply because their eyes were glued to the screen.


Two astonishing examples come to mind-the first a bar is robbed at gunpoint, the predator actually stands next to our smartphone user during the robbery. The smartphone user moves down a seat as if in courtesy giving the man next to him room. He never looks up from the screen. When the police arrive after the robbery, the smartphone user has nothing to offer in assistance, he had no idea the robbery even took place.


The second example sent to me some time back, a man boards a bus in San Francisco the camera shows EVERY other passenger with their faces glued to screens. The newest rider pulls a gun and brandishes it, no one notices it. The predator looks confused, puts the gun away, seems to think for a moment and then pulls it again, this time he uses it-the precious window of reaction to avert a tragedy has been lost.
For the Record: I refuse to post video of evil scum as I give no quarter to adding to their sought for notoriety. You can access such malignancy in plenty other spheres.


If (if) we think “Well, I’m not that way, I’m perfectly aware of my surroundings even while I use this marvel of technology” your self-judgment goes against all the science of the brain’s executive function. We simply do not multi-task well.


In a recent study of “time loss perception” smartphone users were monitored while they periodically checked their phones in a casual dining experience. They are being timed by observers on the scene unbeknownst to them.


When approached and asked how long they thought their interaction with the phone had lasted, they unanimously underestimated the phone interaction by 80%. That is, they (we) have no idea how long our attention is actually lost, how long we are blind.


Side-Rant from Mark: I’ve got a biased dog in this fight. I abhor texting and phone use in my presence. I think it’s rude, it says to the others present “Yeah, you’re here but this person that didn’t take the time to actually come out and meet with me is going to get my priority. You’re my analog booty-call.”


This behavior is displayed even by folks whom I personally like, it’s simply a cultural shift I don’t get-I admit that. It would not fly a decade ago. It would be akin to me stopping in mid-conversation, pulling out a worn paperback copy of Moby Dick and knocking off a page or two and then getting back to my fellow human. I think even inveterate texters would find that a bit odd, if not rude.


But I assure you today’s lesson is not “Mark shakes his finger at these kid’s today” it’s about being situationally aware.


Back to the topic at hand…


Blind to our dinner companions is one thing, blind to predators with a gun is another.


Since even highly trained spy personnel are told to drop the smartphone, do you think we the lesser-trained citizens of the world will be any less resistant to its temptations?


I offer a drill, for those brave enough to survive electronically-teatless for a day, dock the phone and be awake in the day. Be aware.


Shoot for a week, particularly if you found the exercise uncomfortable.


I will say, it is an oddity of the power of these devices that often when I offer some clients drills such as complete 500 burpees in the course of a single day or some other such physically taxing challenge, more often than not people step-up. They do it.


When this “wean yourself from the electronic teat drill” is offered the failure rate is far, far higher.


In short, we can’t have it both ways, we can’t be prepared operators in the world who claim to give value to awareness and self-protection and at the same time be checking every ping and chime that sounds in that electronic leash.


Aware animals, operational professionals don’t text, and don’t surf the web outside of the home. It’s either no-phone or a flip-top phone that is, well, a phone.


So, ask yourself, are you aware? If you’re reading this on your phone and you are not at home Mr. Hanson and I both would say you most definitely are not.
For in-depth Situational Awareness Drills & Assignments see the No Second Chance Book of Drills available only to the RAW Subscription Service Cadre.