Running the Gauntlet by Mark Hatmaker 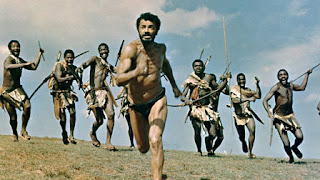 Any serious survey of battle-preparation amongst warrior cultures will find a similar practice reoccurring that we will blanketly term “Running the Gauntlet.”


Running the Gauntlet has manifested in many forms with the running theme [apologies for that verb use] being the warrior [or captive in many cases] being tested/tortured/trained [depending on circumstances] to either:


A] Run/move through a dual row of warriors who are punching, kicking, slapping, abusing the runner as they move from one end of the gauntlet to the other or…


B] The weaponless runner is given a small head-start after which weapons-wielding pursuers follow in waves [sometimes en masse] to hunt down the prey.


Cinephiles can see two film representations of the B-form of the practice in Samuel Fuller’s Western Run of the Arrow, where Rod Steiger is pursued by the Sioux, or in Cornel Wilde’s grittier The Naked Prey where the star/director is subjected to a grueling chase in Zimbabwe.


[Trivia Time: Although the second film is set in Africa, the story was based on John Colter’s actual experience in the Old West where he was subjected to a Running of the Gauntlet by the Blackfoot tribe in Wyoming in 1808.


Trivia Time, Part Two: Cornel Wilde is stripped naked save a loin cloth and remains thusly clothed throughout much of the film. He performed his own stunts. The athletic Wilde was a world class fencer and qualified for the Olympic Games in 1936.


Wilde was over 52 years-old at the time of filming.]


A kinder version of the B-version of running the gauntlet shows up in many tribes where blunted arrows are used to train brother warriors to keep on the move and we also see a form of this in modern military training where soldiers/operators are taught to cross open ground that is subject to sniper fire with a series of prone-start runs. 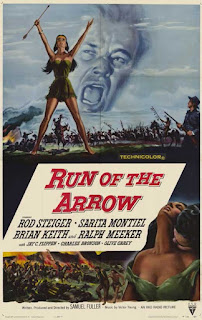 In both the tribal and modern versions, the warriors starts out in concealment in a prone position, then rapidly gets to the feet and sprints hard and fast then hits the ground in prone position again. Open-ground is covered in this up-down manner to prevent target acquisition.


Another commonality is the amount of time spent on the feet. Whether it be arrows or rifle it seems a skilled armed opponent needs an approximate three-seconds of sighting time to get a clean shot on a moving target.


With that in mind, we will see an action of: Prone-On the feet to a three-second sprint—to prone. Repeat as needed for open ground.


This three-second rule seems to have persisted over time. In the Comanche practice, warriors were taught to say to the self “Tabo nukhiti tukhati!” [“Run rabbit—Down!”]


In modern military practice three-second phrases such as repeating “Full Metal Jacket!” or “I’m up! I’m down! He sees me!” are used to provide the warrior a mnemonic to lock onto to provide timing for the bursts over open ground.


To grab a bit of this ancient and modern pragmatic training and use it to provide variety in our own practice I’ve provided the following drill to spice up your training day.


THE RUN OF THE ARROW ½ MILE


·        Burst to your feet and repeat your three-second phrase of choice.


If you are hitting this with intent anaerobic demand kicks in fast.


If we add to it the emotional color of fully envisioning pros with rifle or bows in hand, we get an extra-charge out of the practice.


God forbid we ever need this practice in our actual lives, but if that horrid eventuality is ever met, well, as Special Forces warriors everywhere say “Never do anything for the first time in combat.” Or as the Comanche brave is advised “Wumet’u.” [“We must prepare.”]