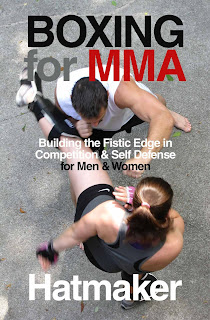 [The below is excerpted from our book Boxing for MMA.]


Any discussion of stance worth its salt has to use Good Athletic Position (GAP) as the default starting base. For the uninitiated, GAP is the fundamental good mechanical position that the body assumes when it is expected to perform optimally across a variety of stressors. These stressors can be a sudden vertical jump, a quick explosive lift, a preparation to move to either direction laterally, to transition to back-pedaling, et cetera. The key to GAP is that it is a preparation for variety, a start point for options if you will.


Task Specific Positions (TSP) begin with the end in mind. That is, the sprinter knows which direction the body must move, the batter knows the approximate plane he must swing into, the fighter setting up the spin kick knows where and how she must set the hips to facilitate the smooth pirouette. Still, even with TSP there are, usually, only minor adjustments from GAP, and this close adherence is for good reason.


GAP wisely adheres to an equal distribution of weight so that movement is any cardinal direction can be smoothly transitioned into. Too much weight over any given foot slows the transition into that direction.


GAP’s equal distribution of weight not only optimizes mobility it increases access to power. Full body commitment is already realized by having both feet underneath the hips,


GAP allows for quick power access to any given side by this same equal distribution of weight. If I am running a 70/30 stance (70% of weight over the rear foot/30% over the lead) I’ve got to make up that distribution when I go for lead side strikes. In my 50/50 GAP position a flex of the rear calf and a pelvic torque loads me for power.


OK, I’ve rhapsodized GAP as the way to go with stance, but I want to stretch this idea further. There is a tendency in some combat disciplines to pay a lot of attention to stance as if it were an isolated element. That is “OK, here is our stance, got it? Looks good. Now, here is some other stuff to learn.” I’m pleading a case for not thinking of stance as a stock-still element but rather an athletic position that informs all of your movement. After all what good is a stance if it no longer supports your offense or defense as soon as you take your first step? Fights happen on the move, MMA and street-encounters are not some Karate Kid crane stance adolescent fantasy.


With every step you take, with every punch you throw, with every takedown you stuff, with every move you make, in an ideal world, you should be analyzing it for GAP and making adjustments whenever and wherever possible to adhere as closely as you can manage to perfection. Always be asking questions about GAP in your training.


Are you falling into your punches rather than stepping into them? If the answer is falling I smell an easily countered fighter and/or a lead leg weight-loaded rife for leg-kick punishment. 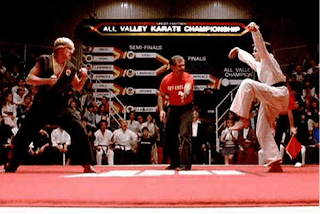 Is your lateral movement over-loaded when you move? A leg kick or Lyoto Machida style foot sweep will bring that foolishness to the mat.


Is the lead foot light? Sounds like someone is inviting the takedown.


Is the stance too high? Again, takedown city.


Any deviation from GAP acts either as a situation to be countered or information about your intentions.


Stance although similar to the word stand is not really about how you stand.


Stance is an athletic start point that travels with you wherever you go.


Stance is every step you take.


Stance is every punch you throw.