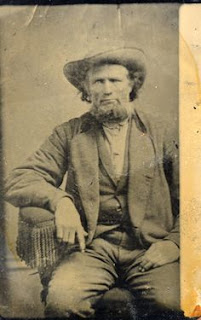 The following is an account regarding the observational prowess and situational awareness of the legendary frontiersman, Jim Bridger. Keep in mind, this is not legend, this account comes to us from a military man, Captain H. E. Palmer, of the Eleventh Kansas Calvary. This account is found in another work by a military man, Biographical Sketch of James Bridger: Mountaineer, Trapper, and Guide (1905) by General Grenville M. Dodge.


After you have a read I’ll ask a few self-assessment questions. Again, ponder long and hard, these are pragmatic military men relating what they saw as observable fact and not some campfire tale or jejune super-hero story.


“Captain H. E. Palmer, Eleventh Kansas Cavalry, Acting Asst. Adjt. Genl. to General P. E. Conner, gives this description of the Indian Camp on Tongue River, August 26, 1865. "Left Piney Fork at 6.45 a. m. Traveled north over a beautiful country until about 8 a.m., when our advance reached the top of the ridge dividing the waters of the Powder from that of the Tongue River. I was riding in the extreme advance in company with Major Bridger. We were 2,000 yards at least ahead of the General and his staff; our Pawnee scouts were on each flank and a little in advance; at that time there was no advance guard immediately in front. As the Major and myself reached the top of the hill we voluntarily halted our steeds. I raised my field glass to my eyes and took in the grandest view that I had ever seen. I could see the north end of the Big Horn range, and away beyond the faint outline of the mountains beyond the Yellowstone. Away to the northeast the Wolf Mountain range was distinctly visible. Immediately before us lay the valley of Peneau creek, now called Prairie Dog creek, and beyond the Little Goose, Big Goose and Tongue River valleys, and many other tributary streams. The morning was clear and bright, with not a breath of air stirring. The old Major, sitting upon his horse with his eyes shaded with his hands, had been telling me for an hour or more about his Indian life—his forty years experience on the plains, telling me how to trail Indians and distinguish the tracks of different tribes; how every spear of grass, every tree and shrub and stone was a compass to the experienced trapper and hunter—a subject that I had discussed with him nearly every day. During the winter of 1863 I had contributed to help Mrs. Bridger and the rest of the family, all of which fact's the Major had been acquainted with, which induced him to treat me as an old-time friend.


As I lowered my glass the Major said: 'Do you see those ere columns of smoke over yonder?' I replied: 'Where, Major?' to which he answered: 'Over there by that ere saddle,' meaning a depression in the hills not unlike the shape of a saddle, pointing at the same time to a point nearly fifty miles away. I again raised my glasses to my eyes and took a long, earnest look, and for the life of me could not see any column of smoke, even with a strong field glass. The Major was looking without any artificial help. The atmosphere seemed to be slightly hazy in the long distance like smoke, but there was no distinct columns of smoke in sight. As soon as the General and his staff arrived I called his attention to Major Bridger's discovery. The General raised his field glass and scanned the horizon closely. After a long look, he remarked that there were no columns of smoke to be seen. The Major quietly mounted his horse and rode on. I asked the General to look again as the Major was very confident that he could see columns of smoke, which of course indicated an Indian village. The General made another examination and again asserted that there was no column of smoke. However, to satisfy curiosity and to give our guides no chance to claim that they had shown us an Indian village and we would not attack it, he suggested to Captain Frank North, who was riding with his staff, that he go with seven of his Indians in the direction indicated to reconnoitre and report to us at Peneau Creek or Tongue River, down which we were to march. I galloped on and overtook the Major, and as I came up to him overheard him remark about 'these damn paper collar soldiers telling him there was no columns of smoke. The old man was very indignant at our doubting his ability to outsee us, with the aid of field glasses even. Just after sunset on August 27 two of the Pawnees who went out with Captain North towards Bridger's column of smoke two days previous came into camp with the information that confirmed the observation.”


This is General Dodge himself on other aspects of Mr. Bridger. 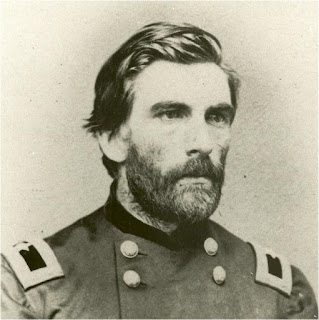 “While engaged in this thorough system of trapping, no object of interest escaped his scrutiny, and when once known it was ever after remembered. He could describe with the minutest accuracy places that perhaps he had visited but once, and that many years before, and he could travel in almost a direct line from one point to another in the greatest distances, with certainty of always making his goal. He pursued his trapping expeditions north to the British possessions, south far into New Mexico and west to the Pacific Ocean, and in this way became acquainted with all the Indian tribes in the country, and by long intercourse with them learned their languages, and became familiar with all their signs. He adopted their habits, conformed to their customs, became imbued with all their superstitions, and at length excelled them in strategy.


Bridger was also a great Indian fighter, and I have heard two things said of him by the best plainsmen of this time; that he did not know what fear was, and that he never once lost his bearings, either on the plains or in the mountains.


As a guide he was without an equal, and this is the testimony of everyone who ever employed him. He was a born topographer, the whole West was mapped out in his mind, and such was his instinctive sense of locality and direction that it used to be said of him that he could smell his way where he could not see it. He was a complete master of plains and woodcraft, equal to any emergency, full of resources to overcome any obstacle, and I came to learn gradually how it was that for months such men could live without food except what the country afforded in that wild region. In a few hours they would put together a bullboat and put us across any stream. Nothing escaped their vision, the dropping of a stick or breaking of a twig, the turning of the growing grass, all brought knowledge to them, and they could tell who or what had done it. A single horse or Indian could not cross the trail but that they discovered it, and could tell how long since they passed. Their methods of hunting game were perfect, and we were never out of meat. Herbs, roots, berries, bark of trees and everything that was edible they knew. They could minister to the sick, dress wounds—in fact in all my experience I never saw Bridger or the other voyagers of the plains and mountains meet any obstacle they could not overcome.” 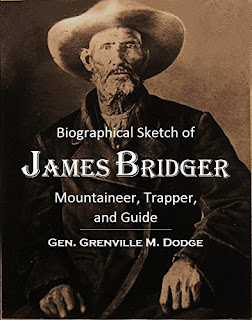 Now, I ask the following…how well does your own observational prowess, your own situational awareness, your own “in the world” cunning stack against Mr. Bridger?


Do you require GPS for your own journeys?


Are your own eyes lifted from the phone to see 50 yards in front of you let alone smoke two days ride away?


Are our ears stuffed with earbuds or saturated with an endless soundtrack of music and podcasts that prohibit us from hearing every little here and now, whether that be wind soughing in the trees, the scrape of a shoe behind you, or the distinct laugh of your child?


Are we truly rough and ready keen-eyed sharp-witted men and women or do we merely sport the apparel and use Facebook icons to falsely signal our prowess as “paper collar soldiers”?

May we all be educated to at least 1/5th of Mr. Bridger’s prowess and never need it for bad aim.


If our awareness steers us out of trouble-- Hurrah!


If it makes us alive to what is around us and enjoy it all the more—well, that is also a win, perhaps an even better win at that.
[For more rough and ready situational awareness drills and applications of rough and tumble combat see the RAW Subscription Service.]