The Dark Side of Man a Review by Mark Hatmaker 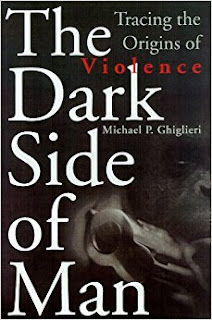 THE DARK SIDE OF MAN: Tracing the Origins of Male Violence-Michael P. Ghiglieri. I found this a deeply perceptive examination of the professed topic viewed through the lens of a physical anthropologist, who has both worked alongside Jane Goodall and been a soldier in some less than savory hot spots around the world. It seems this mix of field work, academic expertise, and real-world encounters with violence have given the author a perspective that stands outside both intellectual theorizing and, to be frank, some military thinking-Dave Grossman’s On Killing comes to mind. While that book, often recommended to me, is interesting reading there is something about his conclusions that always struck me as a bit too speculative-a bit too pat to compel me as completely true.


Ghiglieri’s work goes deeper than Grossman et al. Where these other authors seem to pin much on culture and acculturation to address violence issues, Ghiglieri (bravely, in my opinion) pushes the view to a macro level to show there is an inherent violence in this species and that it is not until we acknowledge this trait (both its good and its bad aspects) we will be left spinning our wheels in trying to confront or control violence with policy or wishful thinking. Culture may not be key, but mere side-growths of something inherent. Don’t get me wrong culture, does indeed, have an effect, but let’s not forget simian minds spawn culture, and the influence may not be equal in the opposite direction. 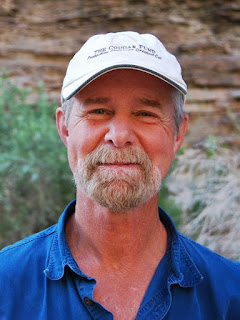 Some may criticize the author for pushing beyond science in his conclusions and actually making policy suggestions, but to this reader, these suggestions seem sensible in light of the offered evidence. I’m not giving anything away by saying that the author comes down heavily on personal responsibility, and that includes a heavy emphasis on taking particular responsibility for your own self-protection. His reasons for why we must be self-responsible are mighty intriguing and not the usual. With that said, women, it seems, have far far more need for self-defense work than men. I find I agree with him.


I spent a long time with this book, not because it is a difficult read, but rather I found myself going off on tangents of thought and checking his sources asking myself “Is this true?”


I give this book two huge thumbs up for many reasons with the two most important being it allowed me to adjust course in my own life allowing me to see observable results inside a day, and for the reason that the author changed my mind on a few aspects of social policy that had been set in stone for me for a few years. I’ve got to give major props to any work that can crush a deeply held tenet of mine, not with rhetoric, but the cold hard light of truth.


Now one may not agree with everything the author proposes but I wager that any student of human nature (particularly those of us with an eye on human violence) should find much food for thought here.


[Bonus-The book was written in 1999, and there are two prescient mentions of Osama Bin Laden. I find it fascinating that a physical anthropologist seemed to use simian behavior studies to predict tragedy so well.]


I can give it no higher regard in that I almost immediately began using its conclusions to inform our No Second Chance Street Survival Program.


For this reader, the most original thinking I’ve read on violence in some time.