A Master Trainer on Training for Toughness by Mark Hatmaker 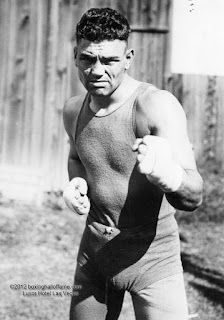 You’ll have to tolerate a paragraph or two from me before we get to the meat of today’s lesson, some wise words from a Master Trainer on training for robustness.


Who is the Master Trainer I speak of?


For those not in the know, Jimmy DeForest was the boxing trainer and conditioning coach for…well, have look at a few of the luminaries he prepared for battle:


That is quite a stable of leather-tough, nail-spittin’, hard-hittin’ hombres if there ever was one.


These men all share in common heavy hands, no quit in the tank, and to-the-marrow toughness.


So, what was it that DeForest thought was so important?


It is not merely the conditioning one does [which is all fire important] it is also the circumstances, the environment, the overall “feel” or vibe that training is conducted in.


It is un-smoothing the gym, it is un-boxing the athlete, it is getting rid of any and all comfort while the 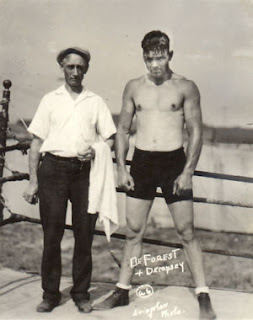 uncomfortable work is being done.


Let’s turn the floor over to Mr. DeForest.


“[In the early days] the fighters came to the ring properly conditioned to do their best for the particular distance they were required to go—six, eight, ten, or fifteen rounds. For the most part they were fighters toughened by far more rigorous training methods than are employed today, and able to battle hard for fifteen rounds and be fresh at the finish.


“There were no ‘hot-house’ fighters a generation ago. The men didn’t have the money for expensive camps and imported chefs. They trained in cold barns, and when they wanted a shower, they stood under a big can in which holes had been punched while someone poured in a bucket of cold water from above. Rigorous treatment, but it made tough bodies. Men would go fifteen, twenty, and twenty-five rounds and show scarcely a mark afterwards. Nowadays blood flows freely in almost every six round go.”


Mr. DeForest penned those words in 1930. This before the age of air-conditioning [or air-cooling as it was termed then], efficient heating, or anything that we encounter in even the least well-equipped commercial gym of today.


Imagine how much more shade he would throw at today’s training environments.


Imagine the look in the eyes from that stable of fighters as they view our comfy “Boxes” from the vantage point of their bare-bones proving grounds. 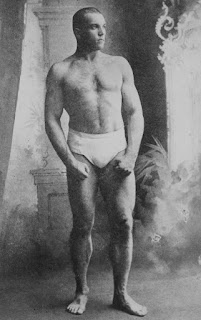 Probably the same look a hungry coyote has when it sees the pampered pet let out into the manicured lawn to relieve itself and get back inside where it’s all nice and cozy.


To capture a bit of the old school toughness and fearsome fighting ability, perhaps it’s more than merely duplicating tactics, and going through the motions of similar conditioning.


Perhaps there is as much to be said for duplicating the environment as well.


A man as knowledgeable as Mr. DeForest thought so, who are we to say he’s wrong?
[Excerpted from our upcoming book Boxing Like the Champs: Round Two.]