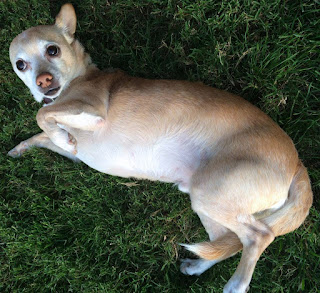 ·        Dog Submissive Signals: To keep peace or to be clear about not issuing challenges to hierarchical authority dogs use a variety of behaviors to “keep safe.” It is wise to pay close attention to this species with which we share a symbiotic relationship as there may be something telling in these universal strategies, one we may be unwisely signaling as humans every single day.


·        Pay close attention here and feel free to substitute human for dog at any point in the mix—the rules of ethology hold.


·        “Weak adults in many species of animals adopt juvenile postures or perform infantile actions when they are threatened by a dominant individual. If they lack the courage to match threat with counterthreat and risk engaging in a serious dispute, they resort to the animal equivalent of waving a white flag.”—Desmond Morris 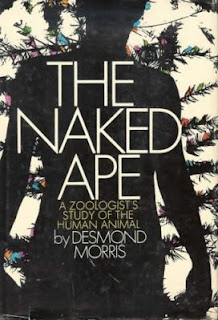 ·        Notice these, so called value-laden words: “weak adults” “lacking courage” come from the science. They are accurate and apt uses.


·        Adopting behavior opposite a threat display, opposite a show of strength or self-possession when seen in an adult is signaling fear, anxiety, or weakness.


·        If in one species the standard is for the aggressor to raise its head for a threat display the submissive will lower the head.


·        If in another the threat is the lowered head for a charge, the submissive will raise the head.


·        The across the board signaling is the submissive adult taking on postures and behaviors of the young version of that animal. Adults of many species have strong inhibitions against attacking young and the juvenile signals often inhibit the aggression.


·        In strictly canine terms, a submissive dog that goes so far as to roll over and show belly [often accompanied by a small jet of urine], this dog is running an extreme infantile signal. When only a few days old the pups have not learned to urinate on their own, the bitch will nose the pup onto its back and nudge the belly until it urinates. An adult dog offering this signal is akin to an adult human sucking it’s thumb in the face of threat or stress.


·        The aforementioned behaviors are passive submission, that is postures or appearances given as signals before any approach.


·        Active Submission use different tactics. If the dog is attempting to approach a perceived higher status dog, or new situation, they also revert to juvenile behavior. They will approach head down and may even give a face lick. Pups approach the mother with head down and nuzzle and lick the adult’s face until a bit of food is disgorged to be eaten. An adult performing these actions to another adult is not expecting food but attempting to offer “Look how harmless I am” signals.


·        In short, the dog that must raise its head to view the other is the submissive animal. 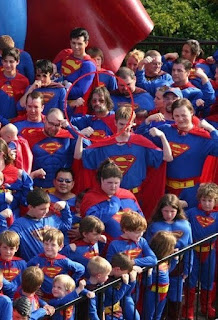 ·        I ask, do juvenile behaviors in adult humans signal similar weakness? Self-experience and my decades long survey to adults I consider together, they almost universally see the love of “young adult” fiction, comic books, grown men dressed as toddlers, grown women dressed as anime characters as odd, weak, or more often the evaluation is stated in un-PC words that I won’t repeat here.


·        One-Is there a chance that these aren’t mere curmudgeonly “In my day” or “In my sub-culture” reactions to what is different but the evolutionarily likely “Adults Issuing Juvenile Signals = Self-Professed Weakness” and the reactions of “That’s weak” are exactly on target?


·        If we were merely issuing negative reaction and epithets of weakness to sub-cultures that differ from our own it would hold that we found those who dress as bikers or Alaskan fishermen as weak-tea as well. But…we don’t. A grown man with a Vagos Motorcycle Club tattoo that says “We Give What We Get” and a grown man with a Powder Puff Girls tattoo are both adults, both sporting tattoos and tattoos formerly signaled outsider warrior or outlaw cultures, but from these two tattooed adult men we do not receive the same signal at all.


·        Two-If this is true [if] then why would we idolize super-heroes [also juvenile sub-culture] which are archetypes of strength from youth but opt for not-strength in our adult signaling? Is it perhaps, that we have bonded to stuffed animals and false signals of heroism [“I’m gonna be Green Arrow when I grow up!”] and not to actual role-models of male and female strength? [When was the last time you saw anyone wearing an Admiral Bull Halsey or Nellie Bly t-shirt?] 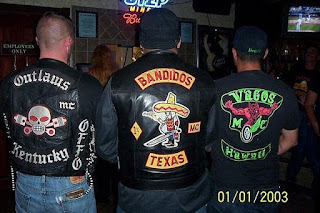 ·        Three-Is it possible that denying rough and tumble play [soft-bite acclimatization] across the board [helicopter-parenting, so-called “snowflake” culture, “Like & Share” as opposed to “Do & Dare” etc.] that we are not merely dressing like children “ironically” but purposefully adopting weak-signals because our lack of robustification creates a void of competence within?


·        If these signals are true for all higher-functioning mammals, why would we be exempt?


·        Homework: Look at any and all adults wearing Black Panther, Star Wars, Legos, Bob the Builder paraphernalia and ask yourself is your gut impression “Strength!” or “Be careful around that guy” or “If it ever hits the fan, I hope the grown man wearing the toboggan with pom-poms is in my lifeboat” or is it something else?


·        If strength is not your first impression, likely it is because of the juvenile signaling and…we are no different from dogs.
[For more such maunderings see this blog or for the tactical end-results see our RAW Service.]