Wisdom from a WWI Flying Ace by Mark Hatmaker 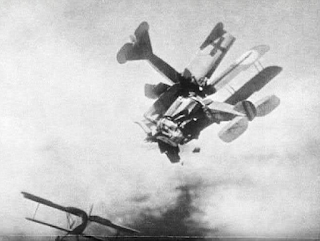 A change of pace as we look not only to the past for today’s lesson but also to a completely different realm of combat to see if there just may be any advice that is pertinent for the sport of MMA and real-world operator survival.


We’re going to look to strategic advice offered by German flying ace Oswald Boelcke, one of the top (if not the top) innovators and instructors in the Axis’ formidable flying force during the First World War. Boelcke personally chose the legendary young Baron Manfred von Richthofen (the famous/infamous Red Baron) to become his pupil and protégé and coached him to an astonishing string of air victories. 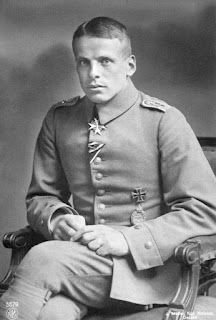 Boelcke was flying at a time when the airmen of both the Axis and Allied powers considered themselves “knights of the air”; they exercised a sort of curious chivalry with courtesies often offered to the opposition. Stories abound of pilots who upon finding their primitive machine guns jammed mid-dogfight receiving a simple salute and fly-away from their adversary rather being brought down as an easy kill. It was not uncommon for the “enemy” of either side to do a fly-over during the funeral or memorial of a respected airman of the other side so that they may drop wreaths and gifts with notes of respect for the prowess of the fallen.


Boelcke was a curious mixture, one aspect was that of lone wolf pilot who relished going up alone and returning to utter the phrase “Do I have a black chin?” A reference to the belching black smoke of a used machine gun. The other aspect was his staunch belief that flying as a team was integral to success. This successful and vaunted pilot, of whom the Red Baron once said, “He shot one or two Englishmen for breakfast everyday” was asked by superiors to compile a guideline for fighter pilots. It is this guideline, known as “Boelcke’ s Dicta,” of eight commandments that we turn to now with my meager comments interspersed.


ONE: Try to secure advantages before attacking. If possible keep the sun behind you.


Sound advice in air or on ground. What coach/instructor does not preach incessantly that training, study, and knowledge of environment/terrain is key? To go into a fight blindly (the proverbial flying blind) is a recipe for disaster.


TWO: Always carry through an attack when you have started it.


We hear this same idea echoed in the old boxing maxim “Half a punch is worse than no punch at all.” What Boelcke and boxing trainers are telling us is if we are to make an effort, we must make that effort with utter integrity (feinting aside) so that we do not waste energy or provide counter opportunities for our opponent by virtue of our timorous attack. 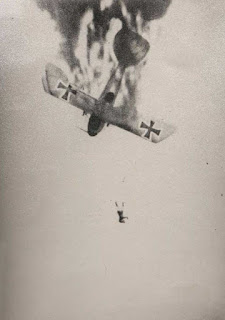 THREE: Fire only at close range and only when your opponent is properly in your sights.


Bingo! What’s the point of throwing that leg kick if you can’t even reach your opponent with the jab? Why shoot the double if you can’t touch the forehead? Why waste that energy? Boelcke is right—we must know our range.


FOUR: Always keep your eyes on your opponent, and never let yourself be deceived by ruses.


Need I add anything here?


FIVE: In any form of attack it is essential to assail your opponent from behind.


In our world here on terra firma that sounds very like using angles and gaining the back for the Mata leão in grappling. [BTW-Look to RAW 196 for a re-worked “Taking the Back” curriculum. It is the inverse of our “Choke-Proof” DVD series. Methinks you’ll appreciate the new tech.]


SIX: If your opponent dives on you, do not try to evade his onslaught, but fly to meet it.


Perhaps not as useful to our game as re-direction of force and evasion is and should be a large part of our defensive game.


SEVEN: When over the enemy’s lines, never forget your own line of retreat.


Street combative personnel you can already smell the wisdom here—always know where the exits are, how to scale that wall, which car is easiest to vault in the parking lot. And for MMA competitors this sounds very much like ring generalship—know where the turnbuckles are, know where you are in relation to the cage.


EIGHT:  Attack on principle in groups of four to six. When the fight breaks up into a series of single combats, take care that several do not go for one opponent.


For the MMA competitor I think we can take the first portion of that advice to read “punches in bunches” or submission-chaining whether standing or on the mat. Street survivalists recognize that there is strength in numbers so utilize every advantage for that strength when and where you can and if/when we are moved to solo combat we must always be aware of our assailants “returning to strength.”


While not necessarily 100% on point with the nature of our studies I still find Boelcke’ s Dicta remarkably pertinent in more than a few regards.


Mr. Boelcke was killed in a mid-air collision in the Fall of 1916.