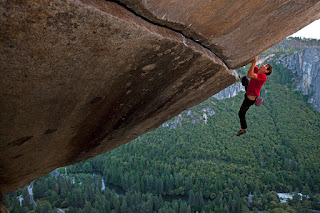 Conscious organisms are subject to fear.


That’s a good thing—for the most part.


In our ancestral past a well attuned fear-mechanism was a useful survival benefit.


Notice we are talking about a properly adjusted fear-calibrator inside our skulls and not what we would all recognize as “skittishness,” or over-reacting to stimuli [particularly non-harmful stimuli.]


Some see the goal of being fearless as wise, but in practice it is neither attainable or desirable. Fear is our “motion detector.” It is often our first-alarm system that tells us that danger is on the horizon and it is time to take steps to avoid or to prepare and rally resources to meet and thwart detected stimuli.


Fear in this context does not mean paralyzed with inaction, it means the fearful emotive energy is re-directed/utilized as energy to engage what provoked the fearful reaction.


If we see the wisdom of this evolved mechanism, we understand that seeking to be fearless is not ideal, but rather seeking to tame, or better yet, harness our fear so that we use that energy to suit our needs and purposes.


Let’s look to a Viking anecdote that casts some perspective on how to tame/harness our fears. It is arguably one of the purest and most easily accessible forms of fear-management that I have come across and echoes what would be referred to as Cognitive-Behavioral therapy over 500 years later.


In the novel Eaters of the Dead which fleshes out the legend of Buliwyf we find this advice uttered by the Viking Herger to a man afraid of what is to come. 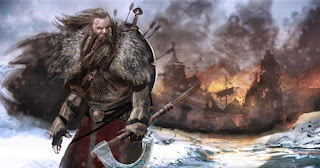 “Each person bears a fear which is special to him. One man fears a close space and another man fears drowning; each laughs at the other and calls him stupid. Thus fear is only a preference, to be counted the same as the preference for one woman or another, or mutton for pig, or cabbage for onion. We say, fear is fear.”


That bit of observation casts large the distinction that fear is not a universal quality. There is nothing universally frightening about heights, if there were then we would have no rock-climbers, BASE jumpers, pilots, hang-gliders, steeple-jacks, and on and on and on.


Being fearful regarding heights simply expresses a particular preference we have decided to attach our identity to, similar to “Everyone knows how much I looove tacos!” Not everyone loves them, but preference makes it so.


It might be easy and appealing for some to “lock” themselves into their preferences for this or that fear as it becomes the “excuse” for avoidance behavior, but to the “I don’t wanna be fearful” among us, the understanding that heights or spiders or caves or talking to strangers does not automatically equal fear, but rather fear is fear—this can be a mighty liberating first step in the journey out of a fearful preference.


Some resort to scientism to claim fears are set and locked.


Notice the word is scientism and not science.

Scientism is using the language and tools and garments of science to dress up unproven claims.


Let’s look to one such instance.


In the inspiring and nether-puckering Oscar-Winning documentary Free Solo we follow noted rock-climber Alex Honnold as he prepares himself to free-solo [climb without safety gear of any kind] the 3,000-foot-high El Capitan Wall in Yosemite National Park.


Honnold’s achievements are astonishing and inspiring. His is a life of commitment.


At one point in the film we see him visit folks at a laboratory where they use an MRI to see if his physical brain shows any structures or anomalies that explains how he does what he does so fearlessly. [Apparently the researchers never stopped to ponder, perhaps just as they themselves put in academic time in the pursuit of neuroscience and found what was once difficult now easy maybe another might do the same in alternate domains-rock climbing in the case of Honnold.]


Honnold is placed in the MRI and he is shown “stressful” images and the premise is that his brain will be monitored in response to said images.


The upshot, Honnold’s amygdala was basically flat-lined during the image test, leading the researchers to presume that he didn’t feel fear.


I agree, Honnold is different from us. He puts the time, training, and thought into his efforts. His daily journals are filled with precise step by step foot and hand placements., He consciously chooses not to dwell on what is obvious—falling.


As a matter of fact, we see Honnold outside of the laboratory fearful more than a few times. We see him start the climb that is the whole purpose of the film only to call it off shortly into it because he is fearful.


We see him express anxiety about holding a friend’s infant.


We see him worry about his ability to perform this or that task.


For a man with a “flat-lined” amygdala he sure seems mighty human to me.


What the brain-porn researchers do not and cannot measure is the fact that as someone who confronts real challenges in the day to day he may be a bit blunted to being “stressed” by mere photographs. Now, we in our day-to-day not do much of anything world may be squeamish at such things, overreact to photos and express umbrage to a Facebook post but I wager folks who work bomb squads, free solo, solo sail across oceans might find such low-stressors a bit flat-lined.


In other words, Alex Honnold is not fearless, he is human. But… 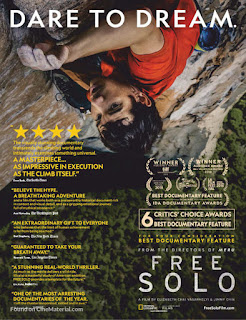 His training, his experience, his outlook has allowed him to be a little les than impressed with mundane uncomfy photos.


With the Viking anecdote in mind, it should be manna to our own selves to realize that our fears are merely tastes or preferences that we have touted as “real” and that we can tackle them one small climb at a time just as Alex Honnold does with his own.


With the fuzzy imprecise and out and out wrong scientism conclusion that “fear is concrete this or that” we should be liberated from a false hypothesis grounded in nothing.


With these “small climbs” into whatever our own “preferences” are we may wind up with a savor for the flavor we once avoided.


Let’s end with another Viking anecdote from Herger.


“If you have the fear of high places, then this day you shall overcome it; and so you shall have faced a great challenge; and you shall be adjudged a hero.”


Who would not rather be adjudged a hero than someone who cultivates a palate for finicky fearfulness?
[For more Rough& Tumble history, Indigenous Ability hacks, and for pragmatic applications of old school tactics historically accurate and viciously verified see our RAW Subscription Service.]