A Conversation with Neil Melanson by Mark Hatmaker 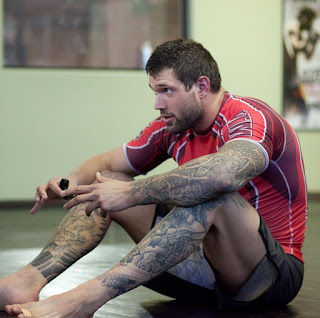 Here is a chat I had with a good man with a good mind, Neil Melanson. If you are unfamiliar with Neil’s exemplary work he has coached at Xtreme Couture, Alliance MMA, and a HC with the Blackzilians. He is now at gym Genesis Training Academy and Coach of the Filthy Few MMA team.


-black belt under Karo Parisyan in the Hayastan Grappling System


First things first, Brother Neil, thanks for taking the time to have this chat.


Allow me to get another thing out of the way, your book Mastering Triangle Chokes, top-notch. This is high-speed, low-drag stuff all the way. Often there is chaff to be culled through, but you have a linear approach that appeals to the pragmatic streak in me. Excellent work.


Thanks a lot man.  You are a real articulate and detailed coach so that means a lot coming from you.


Your approach to grappling appeals to my expansive tastes. Often, we see tribal separation of BJJ, Catch, Sambo, Judo, what have you with “What do you mean your style is best? Why my monkey style can defeat all kung fu.” It would be comical if it weren’t so commonly encountered. Do you find that this tribal separation is a bit of a problem? If I’m off-base set me straight.


I agree. Grappling and mma belongs to many different styles of martial arts and wrestling. When it comes to grappling, people tend to follow the herd and train according to 1 discipline which to me is a big mistake. I train with everyone and I take techniques, tactics, drills, and concepts and then apply it to my own training/coaching. I didn’t choose catch wrestling, catch wrestling chose me. Even though I’m a catch style top position, I’m mainly a guard player. On the surface that looks like a dichotomy of principles, but it’s not at all. I studied the BJJ guard like crazy! You can’t let a style or discipline dictate your learning curve. A true master trains everything. A good example of that is yourself Mark. Your bottom foot and leg control is outstanding. I even use some of terms you do when describing principles for winning off your back.  The pissing match on which style works the best is a waste of air. That is taught from instructors to students as a way of controlling their gym membership to keep students paying their monthly dues.


In a recent conversation you mentioned to me that you and Jake Shields were ballparking on the term American Jiu-Jitsu as a sort of bridging the gap or fence-mending among grappling neighbors. I think that is an excellent idea. May I ask what made you decide on the phrase American Jiu-Jitsu?


Jake is the one that started that for sure. I was using the term to describe the future of grappling and once I heard Jake was pushing the same thing, I had to jump on board.  There will be push back from the community that makes money selling gi’s and wants to keep the bureaucracy going strong. AJJ is BJJ combined with the grind of American style wrestling and catch wrestling. I am the biggest believe in Funk and mat wrestling, I feel it is way underutilized in the game of submission grappling. It’s a definitely different style from your traditional BJJ. The popularity of no gi style grappling has grown immensely and with that comes different styles and techniques. Grappling is becoming what it should be and that its own unique sport birthed from BJJ and wrestling. There are many Jiu Jitsu and Grappling coaches as well as myself, handing out belt style rank system of mastery. I hope more people embrace this. I would love people of other no gi styles like “10th planet” to follow the charge into the future as well. I see things changing and with the popularity of mma the way that it is, I believe American Jiu Jitsu and Combat Jiu Jitsu are the future of submission grappling. Good Ole American Rough and Tumble.


Have you encountered any pushback from those who quibble with the term?


No, I haven’t really. Maybe some people left some comments here or there on one of my posts but most people I talk with love the idea of it.


When you do encounter such quibbling, do you not see it as a sign of the very thing you are seeking to dispel—this compartmentalization and fragmentation of what is essentially all one thing, I mean, after all, rolling around on the mat with another human being doesn’t really require absurd levels of fealty. 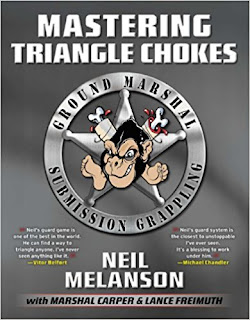 No, it doesn’t. That’s that silly martial artist mentality where people think they’re more superior than others. If you have an ego that keeps you from seeing the good qualities of each discipline than you’re doomed to succumb to them. What you don’t know WILL hurt you. You have to cross train and be willing lose to learn. For example, It was Greco that helped my hand fighting improve tremendously. Now most people wouldn’t think to train Greco to get better at Jiu Jitsu but it sure as hell helped me. Another example is a friend of mine who is a grand slammer BJJ champ and he has these amazing wrist locks from some many positions from studying aikido and systema. You never know what you can learn and apply if you never give something a chance. I study GI BJJ and I’ve never put a Gi on in my whole career. I don’t want to miss an opportunity at learning something that could maybe make me better grappler or coach.


You recently left your coaching position with the Blackzilians and made the move to Colorado. What’s next for Neil Melanson?


Yes, I have moved on from the Blackzilians. I had a good time there and got a ton more experience, but I wanted to move on with my life. Colorado was just a place myself and a few other guys wanted to go check out. All of us were done with Florida and the Denver area just seemed like the right place to go tryout. It’s beautiful country out here. I was originally planning on Nashville but Denver just seemed like the right move. I’m currently building a great new team with Jake Ramos at the Genesis Fight Academy. Right now we have athletes like Pat Cummins, Carrington Banks, Abel Trujillo, Justin Gaethje, Brandon Girtz, and Matt Lopez all gearing up for a fight. Good things to come for sure. I’m still working on my affiliation program that I’m hoping to launch sooner rather than later where people can run my Ground Marshal system out of their own gym. I can’t wait for that. The other big thing that just happened is my “Head Hunter” dvd set is out and available at BJJFanatics.com . It’s packed with a ton of different guillotine and Head/Arm chokes and strangles. There will be more dvd sets to follow in the next few months.


Neil, thanks again for taking the time to have this chat. In all my dealings with you, you have been nothing but a gracious gentleman-a sometimes rarity in the world. All the best to you, sir!


Thank you my man. Anytime whatsoever my friend.