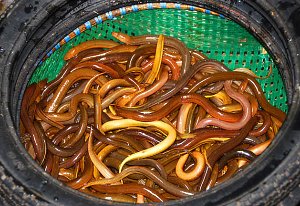 ·        The human animal stores/retains uncompleted tasks. If we are performing the task we begin processing it via executive-function, that is primary attention to the how’s & why’s of task completion.


·        When tasks are completed or comfortably in progress we lessen cognitive load by dint of action.


·        When we are not task-focused, the task does not disappear from memory, it moves to a background-function where it flashes in and out of consciousness, creating literal cognitive load.


·        An impending vacation or other looked forward to event is a positive cognitive load that also blurs in and out of focus adding to the quality of our days.


·        Unpleasant/difficult tasks that radiate in and out of focus are negative cognitive load in that they detract from the overall quality of life.


·        Examples of Negative Cognitive Load: The work task that you will not stop thinking about over the weekend despite not being able to do anything about it while not at work, the unresolved argument, the unmown yard you told yourself you were going to get to but didn’t, the conversation that needs to be had but…, or the time you wall-flowered at an event when you really wanted to participate.


·        Without organic damage the brain will not give us “peace of mind” from negative load. The function is there so that we will apply will to necessary tasks and to apply forward thinking [goal-orientation] to exploration.


·        To hack our own minds for happiness we must reduce negative load and increase positive load.


·        ONE-Respect that cognitive loads are a real phenomenon. Do not accept even the smallest of load without consideration as these will impinge on your mind whether you want them to or not. Meaning, look at all conflict and scale it to importance of later cognitive load. That is, you will think about all unresolved matters whether you want to or not, so is the argument over the parking place, the garbage can, Senator So-and-So worth the current time arguing and the later manifestations of cognitive load winking in and out?


·        TWO-Preserve negative cognitive load for big battles. That is, don’t exhaust your will power [it is finite and glucose dependent.] Choose your battles and place efforts there, kybosh all minor battles that will weaken you. Fighting small fights makes you appear small and you lose sleep over them.


·        THREE- “Eat the Eels First.” We have a luscious meal laid before us, all looks yummy, but it is mandatory that we sample everything we see. Amongst the bounty is an unappealing eel that is also a mandatory edible. We obviously will want to avoid it at all costs, but cognitive load will dictate that pushing this eel consumption down the road will cause this to intrude upon your enjoyment of the good foods before us, thusly reducing overall and long-term enjoyment. Eating the eel first, minuses negative load from the balance and puts us all to the good. Choose your hardest tasks, your most unpleasant tasks up front and the meal, the day, the job, the life goes better that way. 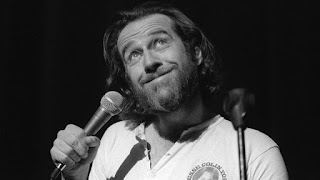 ·        FOUR-Hack the “Peak-End Rule.” We remember the high points of events and how they ended. No matter how well a date started, if you fuck up the goodbye kiss, that is now your cognitive load. Your vacation can be 21-days long and mighty pleasant, but if you only sit on a chair and stare at the beach you will be hard-pressed to recall much about your vacation unless there was a peak-event, positive or negative—a four-day stretch of rain will color as negative load, the bad-ass unexpected dolphin encounter will color as positive load. The ends of events and the peak moments become the anchors. To hack happiness, eat the eel first, plan positive peaks [no problem with leisure, just know that the peaks are where your mind will anchor—provide peaks or you will gravitate towards negative, the human mind does not do neutral], and end well. A life filled with peak moments [large or small] and good endings, will be recalled in the wee hours of the morning with more affinity than one that is planned around a series of non-arousal states with meandering neutral endings. You may answer the question “What did you do this weekend?” on a following Monday morning thusly, “Piddled around the house and watched Game of Thrones last night.” Asked about that same weekend next month, you will not recall one whit of it. Schedule for things that you can remember decades from now.


·        FIVE- “Find the Spy.” George Carlin used to deal with flight delays by “Looking for the spy.” “I’m in an international airport, I know there are spies in the world. International spies must fly. Odds are, there is a spy at the airport. My job, FIND THEM.” The point of “Finding the Spy” is to have plans or the creativity to gamify what were formerly the “small battles” [negative load.] Plans to gamify traffic, poor restaurant service, etc. will become “Remember that time we made a business plan for the world’s worst restaurant, and even had a slogan?” As opposed to “Remember when our flight was bumped. God! I will never fly Allegiant again, and let me tell you…” 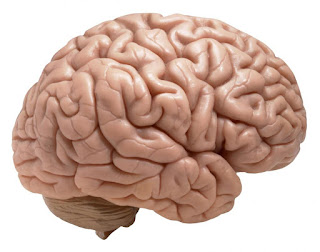 ·        SIX- “Know your Leeway Upfront.” Sailboats do not sail straight paths, there is sideways slippage away from the wind as you ply your course. [The same in flight.] Courses are charted with allowances for leeway. Expecting leeway reduces cognitive load as you know there will be deviation, expecting straight courses leads to the mind being negatively loaded as it rebels against this alteration in executive-function plans. If you decide up front your acceptable leeway in life you are better prepared [or may not even react] to “slippage.” Decide ahead of time that this much price north or south for a steak will not chap you. Know how much time is OK + or – for a wait for whatever item or service you are pursuing. Assuming everything will be perfect and not accounting for “slippage” leads to irritation over the minor, thusly negative cognitive load and the negative peaks that will wink in and out of consciousness.


·        We can’t alter reality. We can’t alter how our brains evolved. We can respect how and why the evolved how they have and use them in ways that lead to our overall happiness. To behave otherwise provides a lifetime of background negative cognitive load that drains a person and wearies the soul.