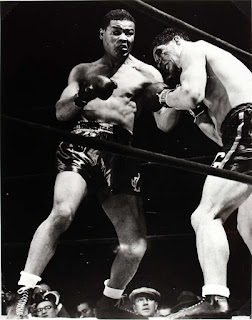 [The following is a preview from our upcoming book Boxing Like the Champs, Round Two. I have removed the second and third drill sets at the request of my publisher. For that information, see the book when it comes out or join the RAWSubscription Service for more historical tips and drills.]


We know that he augmented his natural power, thanks to Jack Blackburn’s schooling on his step-and-punch method.


Louis also had speed. For a big man he put some quick movement together.


Speed is often an inborn attribute. It can be helped along by smooth efficient drilling but, for the most part, speed is a God-given gift.


But…there is an attribute of speed that can be hacked and developed, that speedy-attribute is balance.


Let’s have a listen to trainer Walter Smith and what he saw as Jack Blackburn’s biggest assist to Joe Louis.


“He taught him balance…As long as a man keeps himself on balance when throwing punches—that is one of the basic things of boxing. If you don’t have good balance, your punches are not going to be effective.”


But let’s not take Smith’s word on Blackburn’s insistence on balance, this is the Brown Bomber himself on what he felt was Blackburn’s greatest advice.


“You ask me what one great thing he taught me stands out in my mind? It was the trick of balance, balance in setting to hit, balance in delivering a punch, balance after I landed, but most important, balance if I missed. Balance in action was his god.”


Are you hearing that? “Balance in action was his god.”


Which, in turn, became one of Louis’ self-admitted vital tools.


So, how do we make balance an important part of our own game? 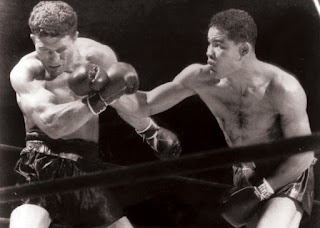 A heavy bag is a staple of boxing training, there is nothing like it to develop power. The bigger the bag that you can manhandle, the better.


But to develop balance in delivering heavy hands, it is wise to spend time on bags waaaaay lighter than you would usually consider.


Ideally, you will throw just as hard as you did on the bigger bag and not adjust for the lightness.


Resolving to throw heavy despite the smaller size will give us more sway and create more chaotic angles allowing us to “find our balance” in the midst of misses, near-misses, and bag-grazes.


Use the following bag rotation to keep a good balance of speed and power. 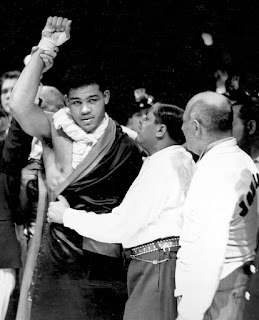 THE HEAVY TO LIGHT BAG 6-ROUND ROTATION


Round 2-Bang the light bag HARD & FAST. Strive to make no let-off in speed or power. There will be more misses and/or awkward moments initially, that’s OK, that’s part of the balance learning process.


The goal is to teach the fighter to always find balance and good recovery when throwing hands.


To never feel off-balance. Often fighters only miss in the ring where being out of balance matters greatly.


Programming your gym training for misses with bag work and mitt-work allows you to get a bit closer to reality and start making balance in action one of your own demigods.