The CIA, The Professor, & Observational Prowess by Mark Hatmaker 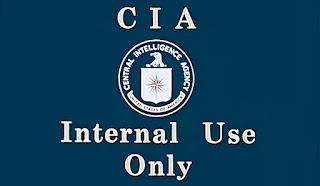 Situational awareness is a much-touted attribute of the truly ready and the ready wannabes of the world. Observational prowess is a much coveted and complex skillset possessed by the best indigenous trackers, seaman, scouts, and explorers. But, if we are honest with ourselves, often what we term “awareness” in the self-protection realm is merely superficial surface skimming of the world around us.


Time spent with indigenous trackers and scouts reveals a depth of perception that goes beyond our mere “I know where all the exits are in my local Home Depot, now let me take look number 1,032 at my phone.”


True awareness, observational prowess is not a faucet-attribute, that is something to be turned on and turned off. The top of the heap observers are always observing, always aware.


When we hear of this state of ever-ready awareness we often consider it either an impossibility or at the very least an exhausting endeavor. But perhaps not.


When thinking of ready-awareness we are often thinking of it only in terms of peak-arousal, that is, we are always scanning for threat. To indigenous peoples that is really only a tip-of-the-iceberg inversion of what it truly means to be aware.


The concept amongst the best observers is to flip from always looking for the bad, or potential bad, to looking at everything and that, more often than not, means noticing the good, and/or finding the good where you never thought to look for it before. After all, the best trackers and hunters will see far more wildflowers and their vivid blooms and golden sprays of pollen than they will bobcat tracks in the mud.


By knowing their environment in totality, the good, the beautiful, the seemingly mundane, the danger, the threat, the prey, or the signs of predator will stick out like the proverbial sore thumb.

We find a similar approach in “noticing the good to see the bad” in the adoption of the works of a Harvard Professor in the History of Landscape Development by the CIA for use in training field operatives.


The CIA recognizes that ever-ready peak-arousal alertness is counter-productive, but far less useful is the scan every-once-in-a-while approach. To thwart this dilemma and promote ever-ready awareness, indigenous style, they have turned to Professor James Stilgoe.


Professor Stilgoe’s work seeks to tutor the operatives in an appreciation of the aesthetics and design of the urban landscape, highways, the power grid, industrial park design and like features of our world. He offers hows and whys and methods behind the madness of such designs so that the operatives gain an admiration and respect for what goes into such constructs.


Professor Stilgoe feels that we are so immersed in our environment that we become blind to it. He seeks to wake up an appreciative awareness. An awareness of all features so that when one looks at a field that may not be a field at all, the operative knows instantaneously whether he is looking at a pasture or a meadow [there is a difference.] He will divine the direction of downtown by a mere glance at the overhead power grid. She will divine northern or southern exposure by a glance at the mortar in the cracks of a chimney. 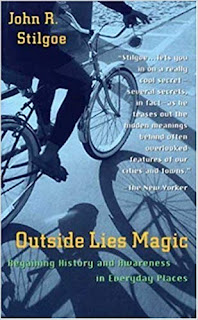 Some may see such education as trivia [the CIA obviously does not] but it is far from that. An increased visual and recognition vocabulary in the world around us creates a deeper and more rapid intake of what is really around us. The idea is akin to the myth that the Eskimo have 100 words for snow. It is not so much as having too many words for snow as it is having a specific vocabulary for each type of snow: snow that will adhere to a sled-dog’s footpads causing lacerations and impeding travel, snow that makes for easy hauling, snow that camouflages cracks in the ice beneath your feet, snow that will form sastrugi providing a wind-compass, etc. 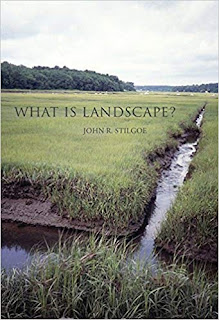 The same with Stilgoe’s approach to the urban and rural environment, the more we know to see or look for, the more we actually do see.


Our brief glance from a kidnapped transport inside the trunk of a car moves from “I saw a house with a field across from it” to “I saw a clapboard house with the back facing southwest, overlooking a fenced meadow with a pasture to its left and a tennis court in the distance. We travelled for a length of time on a straight highway so my guess is no water is along this immediate route unless it is a canal and the tennis court layout leads me to believe we travelled north on this route.”


Such intimate knowledge of environment does not come from mere, “Here we are in Target, there’s the exits, now let’s text and shop.”


Indigenous people see the world by dint of being immersed in the world.


Stilgoe advises us all to become just as immersed, whether our world be urban, rural, or off the grid.
[For linear immersive Drill Sets in Situational Awareness see the No Second Chance Book of Drills available only to RAW Subscribers.]