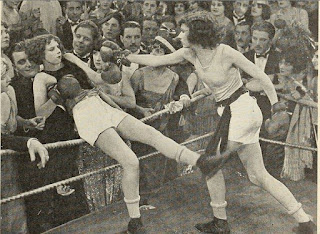 As we so often do, let’s start with a quote:


Oh, that’s a good one, one so worthy of repeating that we all have heard/encountered some version or variation of it in this or that business office or sundry Facebook status update. The truth of it is so obvious that it needs no explaining, but…I’m going to all the same; let’s make sure we make a distinction here, one that adheres to what Dr. Pasteur intended.


In his domain(s) of chemistry and bacteriology his “training” was not simply his “book learning” so to speak. His training was his use of the experimental method to continually refine, confirm, and most importantly disconfirm any and all ideas pertinent to his field of study


Pasteur’s training lies in what he did via experiment and experience (mighty close words, huh?) and not what was read or pontificated upon in the classroom or textbook. Yes, book learning and lectures can act as aids/assists but if we do not act upon what we encounter in our studies then we have merely consumed trivia.


Years ago, working with one video producer or another I was told of an in-house study where they speculated that a significant portion of their instructional DVD sales never even had the cellophane popped off of them once they arrived in the purchaser’s hands. This was followed by the next largest percentage of sales that they speculate were viewed once and no more, this followed by those who viewed maybe a handful of times.


Now, how they conducted this sales research I have no idea, so I can’t vouch for its accuracy, but if (if) the idea holds true we would be looking at a large majority of folks who assume that exposure to knowledge, seeing text or video demonstration is akin to training.


Now we all, surely, know that this cannot be further from the truth. Seeing and being aware of something does not make one competent or trained. This holds even if one has viewed/read something hundreds of times. Knowing physical material inside and out at a cognitive level in no way implies it will manifest at the physical level.


Example—Every Autumn weekend in the states millions of people log hundreds of hours of watching football games. Now these viewers may know the rules of the game and may have some ideas about this or that strategy, but I don’t think any of us make the leap that these “knowledgeable” viewers are by dint of this “training” made ready to enter the very games they watch.


If this cognitive knowledge were all that is necessary to master physical movement Bob Costas would be the most talented multi-sport athlete on the planet. 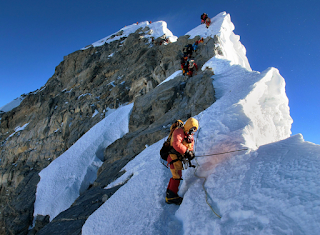 In combat sports/street work viewing material, reading material, talking about the material just ain’t gonna cut it. The practitioner, the combat scientist must actually experience the curriculum, must actually test it against his own experience. We’ve got to give up this mistaken idea that knowing and being aware is the same thing or even related in any way to actually doing.


Even here we must push Pasteur’s wisdom further. Knowing and then taking the extra step to drill are absolute musts but…they mean nothing without adding in the conditioning training that best reflects our combat game. This is another truism that we all know at a gut level but often ignore. We sometimes allow our elevated knowledge garnered by years of study and drilling to take the place of the, oh, so valuable conditioning portion of our games. Let’s face it, book learning and superior technical knowledge has often lost at the hands of a better conditioned athlete in boxing, MMA, Muay Thai, and, most unfortunately, the street. Many up and coming fighters earn victories over veterans who “know” more, but who have allowed the conditioning to slide.


We’ve got to engage all three implied aspects of Pasteur’s hedge against chance.


With that in mind we can re-configure his axiom to one that better reflects our combat goals.


“The fighting chance favors the well-conditioned athlete with the trained mind and body.”


A question for all my combat athletes and “street-ready” practitioners.


Which is the higher number: The number of YouTube videos of other people training you have viewed this week or your own number of training sessions?


To my non-combative Brothers & Sisters: Does the number of this week’s viewings of meals you’d like to prepare, crafts you’d like to concoct, experiences you’d like to have come close to what you have actually done or prepared to do this week?


Plans uncommenced are likely broken promises until acted upon.


[Combination Men & Women and Rough & Tumblers aredoers. If you’d like to jump on the doers bandwagon see here!]