Define Your Threat: What is it like to Drown? by Mark Hatmaker 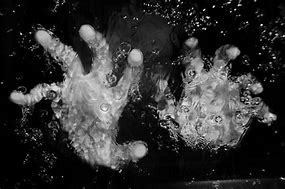 In our reality self-protection unit, we use unsanitized Predator Profiles to define the brutal “why” we advocate so strongly for preparedness, flight, or if retaliation is a must, why our responses are based only in savagery and never “martial arts coolness.”


Gorgeous fluidity has zero place in real-world application—I have never come across a story of “rubber meets the road” response that didn’t reek of chaos. We train for perfected fluidity so that situational degradation will allow some training [hopefully] to persist. For more on the NoSecond Chance Street Program see here.]


In the same sprit of “confronting reality” I offer the following “What is it like to drown” snapshot to cast a light on why we give so much thought to aquatic preparation in both this blog and in our upcoming book on Indigenous Ability. It is excerpted from Sebastian Junger’s superlative The Perfect Storm.


“The instinct not to breathe underwater is so strong that it overcomes the agony of running out of air. No matter how desperate the drowning person is, he doesn’t inhale until he’s on the verge of losing consciousness. At that point there’s so much carbon dioxide in the blood, and so little oxygen, that chemical sensors in the brain trigger an involuntary breath whether he’s underwater or not. That is called the “break point”; laboratory experiments have shown the break point to come after 87 seconds. It’s a sort of neurological optimism, as if the body were saying, Holding our breath is killing us, and breathing in might not kill us, so we might as well breathe in. If the person hyperventilates first—as free divers do, and as a frantic person might—the break point comes as late as 140 seconds. Hyperventilation initially flushes carbon dioxide out of the system, so it takes that much longer to climb back up to critical levels…


“Until the break point, a drowning person is said to be undergoing “voluntary apnea,” choosing not to breathe. Lack of oxygen to the brain causes a sensation of darkness closing in from all sides, as in a camera aperture stopping down. The panic of a drowning person is mixed with an odd incredulity that this is actually happening. Having never done it before, the body—and the mind—do not know how to die gracefully. The process is filled with desperation and awkwardness. “So this is drowning,” a drowning person might think. “So this is how my life finally ends.” 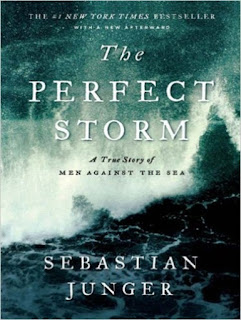 “These thoughts shriek through the mind during the minute or so that it takes a panicked person to run out of air. When the first involuntary breath occurs most people are still conscious, which is unfortunate, because the only thing more unpleasant than running out of air is breathing in water. At that point the person goes from voluntary to involuntary apnea, and the drowning begins in earnest. A spasmodic breath drags water into the mouth and windpipe, and then one of two things happen. In about ten percent of people, water—anything—touching the vocal cords triggers an immediate contraction in the muscles around the larynx. In effect, the central nervous system judges something in the voice box to be more of a threat than low oxygen levels in the blood, and acts accordingly. This is called a laryngospasm. It’s so powerful that it overcomes the breathing reflex and eventually suffocates the person. A person with laryngospasm drowns without any water in his lungs.


“In the other ninety percent of people, water floods the lungs and ends any waning transfer of oxygen to the blood. The clock is running down now; half-conscious and enfeebled by oxygen depletion, the person is in no position to fight his way back up to the surface. The very process of drowning makes it harder and harder not to drown, an exponential disaster curve similar to that of a sinking boat. 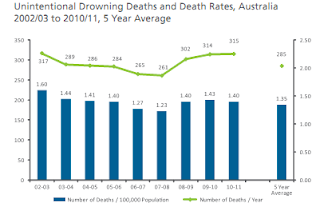 “Lowson guesses that laryngospasm prevented water from entering his lungs when he was unconscious. The crew of the Andrea Gail either have laryngospasms or completely inundated lungs. They are suspended, open-eyed and unconscious, in the flooded enclosures of the boat. The darkness is absolute and the boat may already be on her way to the bottom. At this point only a massive amount of oxygen could save these men. They have suffered, at most, a minute or two. Their bodies, having imposed increasingly drastic measures to keep functioning, have finally started to shut down. Water in the lungs washes away a substance called surfactant, which enables the alveoli to leach oxygen out of the air. The alveoli themselves, grape-like clusters of membrane on the lung wall, collapse because blood cannot get through the pulmonary artery. The artery has constricted in an effort to shunt blood to areas of the lungs where there is more oxygen. Unfortunately, those don’t exist. The heart labors under critically low levels of oxygen and starts to beat erratically—“like a bag full of worms,” as one doctor says. This is called ventricular fibrillation. The more irregularly the heart beats, the less blood it moves and the faster life functions decline. Children—who have proportionally stronger hearts than adults—can maintain a heartbeat for up to five minutes without air. Adults die faster. The heart beats less and less effectively until, after several minutes, there’s no movement at all. Only the brain is alive.”


[For more on the NoSecond Chance Street Program see here.  You can also browse this blog for many resources on Aquatic Survival.]