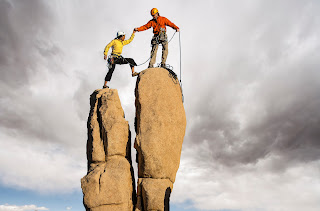 Do you consider yourself courageous?


Now, whether you answered that question in the affirmative or the negative or in the “Well, maybe, a little” let’s now answer this…


That question will usually reap a universal “Hell, yeah! Who wouldn’t?”


Now, here’s the important question: Is it possible to train for bravery? To increase courage?


Is it possible to train an ineffable virtue?


The answer just may be yes.


[If you have not consumed the prior two articles in this series, might I suggest you do that now so what follows has the appropriate framework.]


First, it is helpful to wrap our heads around the concept that our bodies perceive like states as fact.


What I mean by this is that when the human body is in an arousal state, whether that arousal be sexual, response to a perceived threat or mere interest as in “What kind of animal is that over there behind that line of scrub?” our physiological processes behave as if the arousal state is the true state.


If one has a deeply disturbing nightmare, although we may wake up with a start grateful that the fantasy is untrue, we can’t help but notice the pulse rate is high, the breath is short, the hormonal rush is still in real time mode determining fight or flight options.


Upon awakening from either sort of dream, we cognitively know what reality is, but it takes a moment for the body to catch up to that reality. 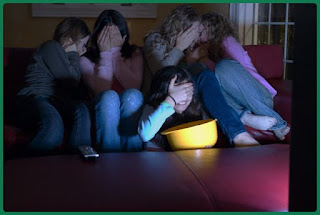 When we watch, let’s say, a well-made horror film, we know for a fact that we are watching an illusion. A series of digital bytes providing the simulacrum of the events portrayed, but if the film has any craft at all our body begins priming for readiness-hence the literal jumping at the appropriately named “jump scares” or the quick look over the shoulder at a noise caught off-screen.


The known illusion provided the priming and despite our big super-smart brains the body will still behave with a bit of realism to our unrealities be they dreams or films or the stories we tell ourselves each and every day of our lives.


That unshakable bodily response to illusion is part of the foundation of many courses of “courage training.”


Battle simulations, war games, confrontational scenarios that allow for emotional content buttons to be pushed, these are useful for those seeking to aid and abet the bracing up of a courageous spirit.


But…there are two problems with this scenario-method no matter how exceptionally valuable they are.


One-We know they are illusion, mere models of that which we wish to prepare for and no matter how realistic we make scenarios that truth lurks in our noggins.


Back to our horror film or dreams examples. Yes, we respond to these stimuli as if they were real but only to a degree. If the horror film were interpreted as 100% real, we would choose not to watch them as the ancillary stresses would be too high, we would leave the couch, arm ourselves and shoot the screen.


If the dream of a certain nature were as real-world fulfilling as a real-life interaction with flesh and blood, there would be no need for Tinder or the matrimonial industry.


Note: This is in no way an argument against scenario training, on the contrary, they are mighty useful. It merely points out their limitations.


Two-The Familiarity Effect. Scenario training can be a double-edged sword in that, on one hand it familiarizes and grooves the athlete/operator to what is expected, while on the other hand the more scenarios are drilled the less arousal.


But that is the point of scenario drilling, we “get used to” circumstances and some aspect of the emotional content we may face.


It is akin to any risky endeavor, the more familiar one is with it the more the bar must be nudged to return to arousal states that formerly taxed the system. When one begins rock climbing, a wall rated 5.1 and 60 feet high got the heart pumping.


Once one has faced such walls again and again, that same rating and height does little for the arousal system. A good thing. That means your training is working.


But… if we want to continue to inure the body to handling stressors of various caliber, that is, upping the courage base rate we need more difficulty and higher precipices. 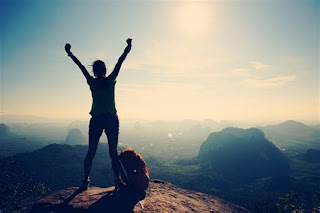 This is the theme of The Hurt Locker phenomenon. Returning soldiers who have been steeped in combat action missions can find standard stressors/excitements stateside a bit less than stressful or, frankly, satisfying. Thusly many have an adjustment period as they work through what feels like flat-line emotional states or boredom. What we have here is the familiarity effect.


Some combat-veterans turn to certain action sports or extreme behaviors to re-capture a bit of their new base-rate.


So, beyond actually putting ourselves in harm’s way is there anything we can do to train courage that does not fall prey


to the familiarity effect and pierces the “known-illusion” veil?

Actually, there may be.


In fact, there are two courses of action, Neoteny and Constrained-Intensity.


In Part 4 we will have a look at how these operate, the science behind them, and a battle plan for how to integrate both into training plans for courage.


[For additional explorations of Indigenous training and the scientific applications, see this blog. For pragmatic drills and tactical applications of these ideas see our RAW Subscription Service.]